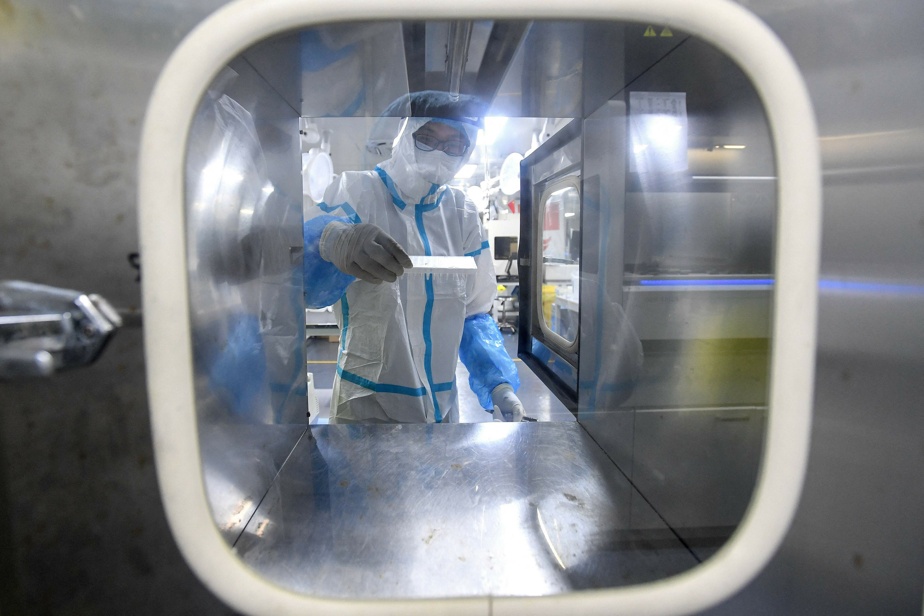 (Paris) COVID-19 has infected more than 200 million people worldwide, according to an AFP census halted on Thursday from official reports on the pandemic, the contaminations of which are rising again, particularly in Asia and Australia.

Marc BASTIAN with the offices of AFP Agence France-Presse

In the latter country, authorities on Thursday announced a sixth restriction on Melbourne, the country’s second largest city, as Sydney reported a record number of new cases of coronavirus, the vast island continent trying to contain an epidemic resurgence linked to the Delta variant .

Since the lockdown went into effect in the state of Victoria, whose capital is Melbourne, at 8 p.m. (6 a.m. EDT), more than half of Australia’s 25 million residents have been re-locked.

In Thailand, which is also affected by the Delta variant, morgues overwhelmed by COVID-19 deaths are renting refrigerated containers to store corpses and forensic teams are on the verge of exhaustion.

“The physical and mental overload is very great […], some of our employees faint. We are almost at the limit of our capacities, ”says Thanitchet Khetkham, employee of the mortuary at Thammasat University Hospital in the north of Bangkok.

Almost 21,000 cases were recorded on Thursday, a record since the health crisis began. 160 deaths were registered, the vast majority in Bangkok.

In Japan, Tokyo posted a new record of COVID-19 cases (+5042) on Thursday, and the government must extend restrictions to eight other Japanese departments three days before the Olympics end.

Since mid-June, the number of new daily cases worldwide has risen by 68% from 360,000 to more than 600,000 people, mainly due to the delta variant with increased infection.

At the same time, the number of daily deaths (currently 9,350) rose 20% more slowly since early July when the number fell to 7,800 deaths per day.

In total, the pandemic has killed at least 4,257,424 people since it broke out in late 2019, according to an AFP count from an official source on Thursday at 6 a.m. EDT. The World Health Organization (WHO) estimates that the real toll could be two to three times higher.

The United States, whose borders remain closed to many foreign travelers, plans to eventually reopen them to fully vaccinated people, a White House official said Wednesday.

Washington is developing a “phased approach that, with a few exceptions, would mean that all foreigners coming to the United States – from all countries – must be fully vaccinated,” the source said, without giving a timetable.

The tone is very cautious, but still a development for the US, which did not want to hear about tests or vaccines to reopen its borders until July 26th.

Washington has so far been deaf to calls for reciprocity, particularly from the EU, whose countries have decided to reopen their own borders to Americans if they are vaccinated against COVID-19 or test negative.

France announced on Thursday a device that will allow tourists vaccinated outside the European Union to obtain a health passport (new COVID-19 negative test, vaccination certificate or health certificate) that will allow access to leisure and cultural sites and soon anywhere (Restaurant, transport) is required, hospitals …).

In contrast to the Western reopening movement, Beijing has announced tightening restrictions on foreign travel for its nationals at a time when China is also facing a resumption of the epidemic on its soil.

The White House on Wednesday also rejected WHO’s call for a moratorium on COVID-19 vaccine recalls, arguing that the United States does not “have to” choose between giving a third dose to its citizens or donating it to poor countries.

White House spokeswoman Jen Psaki recalled that the United States has already distributed more than 100 million doses of vaccine against COVID-19 to less privileged countries, more than donations from all other countries in the world combined.

French President Emmanuel Macron confirmed to him on Thursday that his government was getting ready to organize a campaign to refresh the vaccinations for “the weakest and the oldest” in September.

The WHO called on Wednesday to end the recall campaigns at least until the end of September in order to eradicate the gaping inequalities between rich and poor countries.

“We urgently need to turn things around: from a large part of the vaccines in rich countries to a large part in poor countries,” said WHO chief Tedros Adhanom Ghebreyesus.

The head of the UN agency has been denouncing vaccine inequality for months. Of the four billion doses injected worldwide, 80% went to high- and middle-income countries while making up less than 50% of the world’s population.