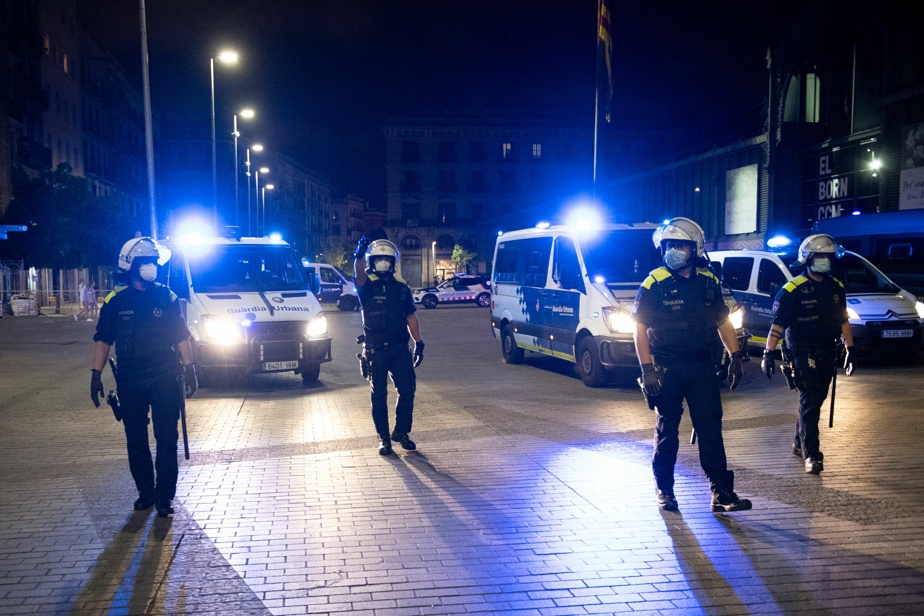 (Barcelona) The curfew imposed in Barcelona and much of the tourist region of Catalonia, the region hardest hit by the new wave of the COVID-19 epidemic in Spain, was extended on Thursday as the country began to see signs of stabilization.

A court in this northeastern region of the country has given the green light to extend this curfew until August 6, which was imposed between 1 a.m. and 6 a.m. in 163 communities with more than 5,000 residents, said regional executive spokeswoman Patricia Plaja.

This is the second extension of this measure, which was introduced in mid-July to address the explosion in cases in this region, especially among those under 30 who have not yet been vaccinated.

In addition to the curfew, the Catalan authorities have taken other measures, such as closing indoor discos or closing all night activities at 12:30 p.m. and limiting meetings to 10 people in public and private spaces.

The multi-week surge in cases has put severe pressure on hospitals in Catalonia, where 45% of ICU beds are occupied by COVID-19 patients, according to the Ministry of Health, compared with 17% nationwide.

Several other Spanish regions have recently reintroduced nightlife restrictions or taken them to court, including the regions of Valencia (east), the Balearic archipelago (east) and Andalusia (south).

Nationwide, the incidence stabilized for the first time in weeks Wednesday at nearly 700 cases per 100,000 residents in the past 14 days, a rate still five times higher than a month ago. In Catalonia, the incidence is still topping the 1000 mark.

“We have started to see a certain stabilization of the fall curve”, certainly “minimal”, said Prime Minister Pedro Sanchez cautiously on Thursday.

Unlike its French or Italian neighbors, Spain is currently rejecting the idea of ​​a national health passport for access to public places.

But while health is the responsibility of the regions, Galicia (northwest) requires a vaccination card or negative test for a few days to enter hotels or bars-restaurants, just like the island of Tenerife archipelago. Catalonia, on the other hand, is against it.

Spain is one of the most advanced European countries in its vaccination campaign. 55.7% of its population are fully vaccinated and 66% of the primary vaccines registered on Wednesday have been registered.

NATO promises not to forget Afghans in danger