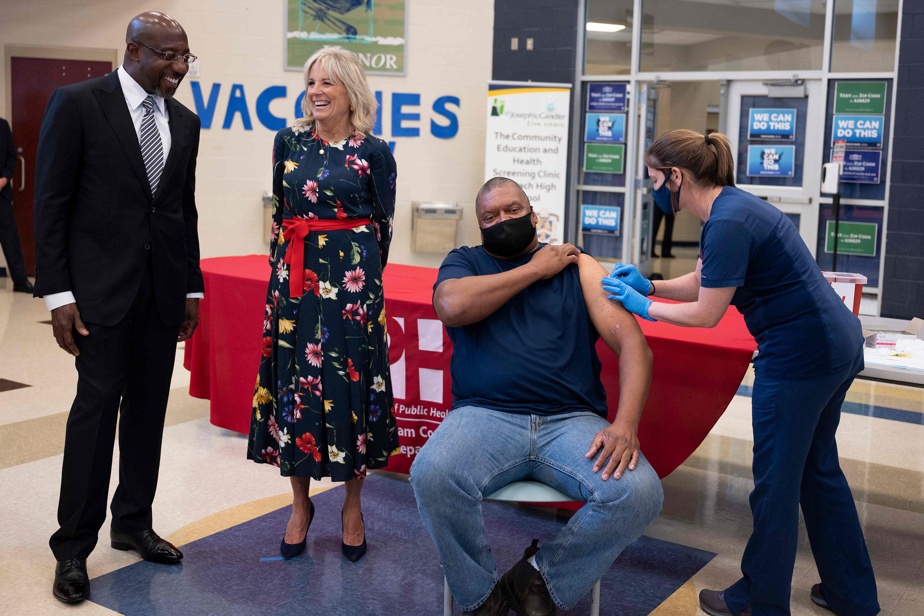 (Washington) The United States hit the rate of 70% of adults who received at least one dose of the COVID-19 vaccine on Monday, nearly a month behind the date set by President Biden to hit that threshold.

Data from the Centers for Disease Prevention and Control (CDC), the primary health agency in the United States, shows that 60.6% of adults and 49.7% of the general population are now fully vaccinated.

As a symbol of victory over the pandemic, Joe Biden’s goal was to hit the 70% figure first on July 4th, the US National Day.

But the slowdown in the vaccination campaign, particularly in the traditionally conservative regions of the South and Midwest and among the youngest, poorest and ethnic minorities, has prevented the country from achieving this goal.

However, the United States has seen a recovery in vaccination rates in the regions hardest hit by the recent COVID-19 wave in recent weeks, largely due to the emergence of the highly contagious Delta variant.

States like Arkansas, Missouri, Louisiana, and Florida have all seen sharp spikes in their vaccination rates.

The nationwide average number of daily cases now exceeds 60,000 and is growing rapidly.

However, with 80% of those 65 and over being fully vaccinated, the rate of hospital admissions and deaths is increasing much more slowly than in the previous waves.

While a single dose of Pfizer and Moderna’s messenger RNA vaccines provides strong protection against earlier variants, new scientific studies have shown the need for two doses against the Delta variant.

The need for a third dose for certain groups, such as immunocompromised people, is currently even being examined by the federal health authorities.

The CDC also reiterated its recommendation to wear the mask indoors in high-risk areas, including those who were vaccinated, after a preliminary analysis found that those vaccinated who were positive for COVID-19 with the Delta variant could spread the virus to others.

How important will clinical data be in the pandemic? | Free press