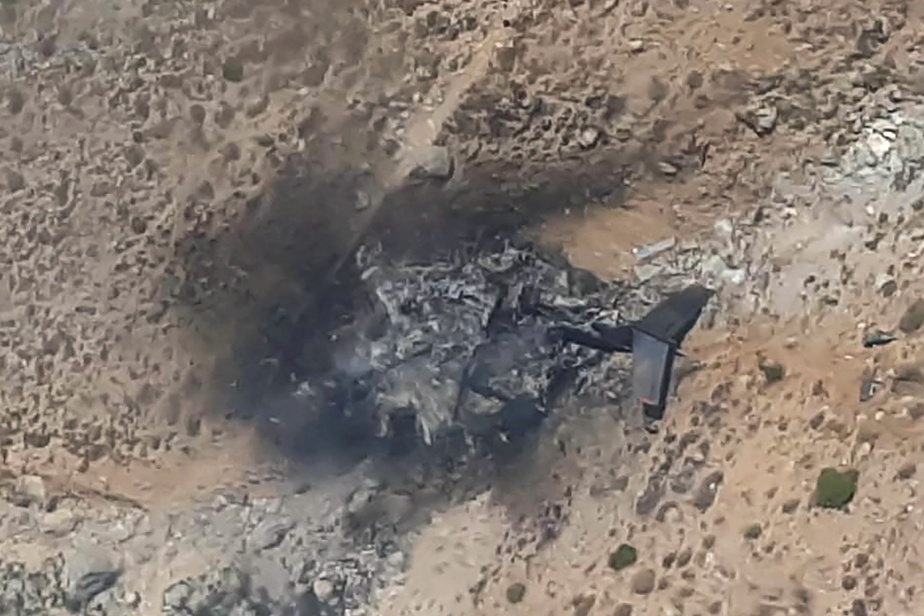 (Istanbul) The eight crew members of a Russian tanker died on Saturday when the plane crashed in Turkey.

The crew of this aircraft, which intervened to put out a fire in Kahramanmaras Province (southern Turkey), consisted of five Russians and three Turks, Moscow and Ankara said.

This accident overwhelms Turkey a little more, a country that has been hit by fires in the south since last month, then this week by floods that killed more than 50 people in the north, according to a preliminary report.

The Russian plane crashed as it was about to drop its load of water to put out a fire and turned back, Turkish state television broadcaster TRT reported.

Turkish media broadcast footage showing a column of smoke rising from a mountainous and inaccessible area where the tanker crashed.

The device, a Beriev-200, had been rented from the Turkish General Directorate for Forests and intervened on Saturday to extinguish a fire that had broken out by lightning.

“The pain of this loss binds us together,” said Russian President Vladimir Putin in a condolence telegram to his Turkish counterpart Recep Tayyip Erodgan, according to the Kremlin.

“Condolences to our nation and to the Russian people. This heroic sacrifice will not be forgotten ”, reacted the head of the Turkish diplomacy Mevlüt Cavusoglu.

The incident came from the air when Turkey believed the fires in late July and early August devastated its south coast, killing eight people.

The authorities announced earlier this week that they had brought all fires under control, but new departures such as those in Kahramanmaras had since been recorded.

These fires have highlighted Turkey’s lack of resources to fight air fires and have sparked severe criticism of Mr Erdogan’s government.

Ankara was therefore forced to lease several devices to Israel and Russia. Spain also sent a tanker to help him.

In addition to the fires, Turkey is suffering from decades of unprecedented flooding, triggered by torrential rains on Wednesday that killed at least 55 people in the north.

On Saturday, rescue teams ran a race against time to find survivors among the rubble of dozen of houses that collapsed as a result of flooding along the Black Sea.

The destroyed village of Babaçay in the province of Sinop alone shows the severity of the disaster: 40 houses and the two bridges that lead to this place were destroyed by the waves.

The initial astonishment gradually gave way to questions and criticism.

Survivors accused local authorities of not sounding the alarm quickly enough, and commentators pointed out the danger of building multiple buildings in flood-prone areas.

For many experts, natural disasters like the one in Turkey are likely to become more frequent and violent due to man-made global warming.

Several politicians and associations have increased the pressure on President Erdogan to take radical measures to reduce greenhouse gas emissions.