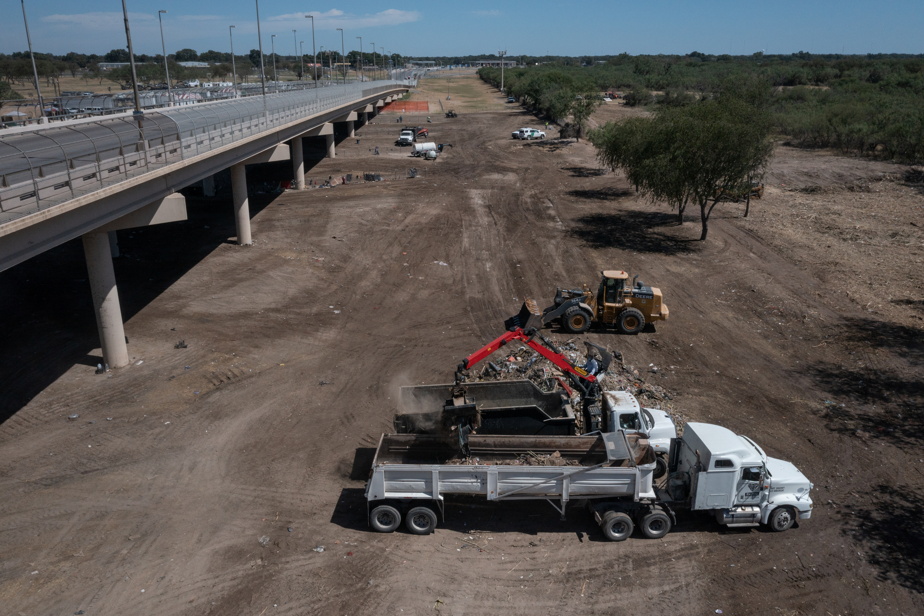 (Washington) All migrants gathering under a bridge in the city of Del Rio, Texas, have left their makeshift camp, US Secretary of Homeland Security Alejandro Mayorkas said Friday, as the government on the border with Mexico becomes embroiled in a new migration crisis is .

“Today we have no more migrants in the camp under the bridge,” which numbered up to 15,000 people late last week, including many Haitians, Mayorkas said during a press conference at the White House.

Around 2,000 people were deported to Haiti by air, 8,000 returned to Mexico voluntarily, 5,000 were taken to emergency shelters and 12,400 were able to leave the premises and have to report to an immigration judge to defend their asylum application.

According to Mayorkas, a total of 30,000 migrants, mostly Haitians, have arrived in the small town on the border with Texas since September 9, where they lived in heat and unsanitary conditions after crossing the Rio Grande from the city of Ciudad Acuña.

This massive influx of migrants and the treatment of some pushed back by border police on horseback as they crossed the river sparked an avalanche of criticism from the Biden government, perceived as inhuman by the left and lax by the right.

In a snapshot taken by an AFP photographer on Sunday, a border guard on horseback grabs a man by a T-shirt on the American coast. On the other hand, he keeps a group in check by turning the reins in a threatening position to force them to turn back.

These images, which have gone around the world, have caused quite a stir in the United States.

Some saw migrants equated with cattle, others remembered the abuse of African-Americans by mounted police officers, prison guards or slave owners.

Joe Biden, who had not yet commented publicly on the matter, promised on Friday that these agents would “pay” for these “scandalous” acts.

The US authorities have already opened an investigation and temporarily suspended the use of the mounted border police around Del Rio.

When asked whether he was responsible for the “chaos” at the border, Joe Biden replied on Friday: “Of course I will take responsibility. I am the president. It was terrible […] Seeing people treated like that ”.

“We are not,” said the Democrat, who had promised in the election campaign for a humane handling of immigration issues to distinguish himself from a Donald Trump, who only swore by repression and the building of a wall on the border.

The left wing of the Democrats condemns the expulsion of Haitians to a country plunged into political, security and humanitarian crisis.

These expulsions, approved as part of the fight against the coronavirus pandemic, “are dictated by public health imperatives,” assured Alejandro Mayorkas.

The government has not behaved “immorally”, he added, stressing that the right to asylum is subject to strict rules.

The right criticizes the carelessness of the authorities, which it believes is triggering an air call on the southern border.

“Rather than responding to the border crisis he created and actively promoted, President Biden blindly joins the radical left by making hasty judgments and attacking the women and men charged with protecting our borders,” he said in the House of Representatives , Kevin McCarthy.