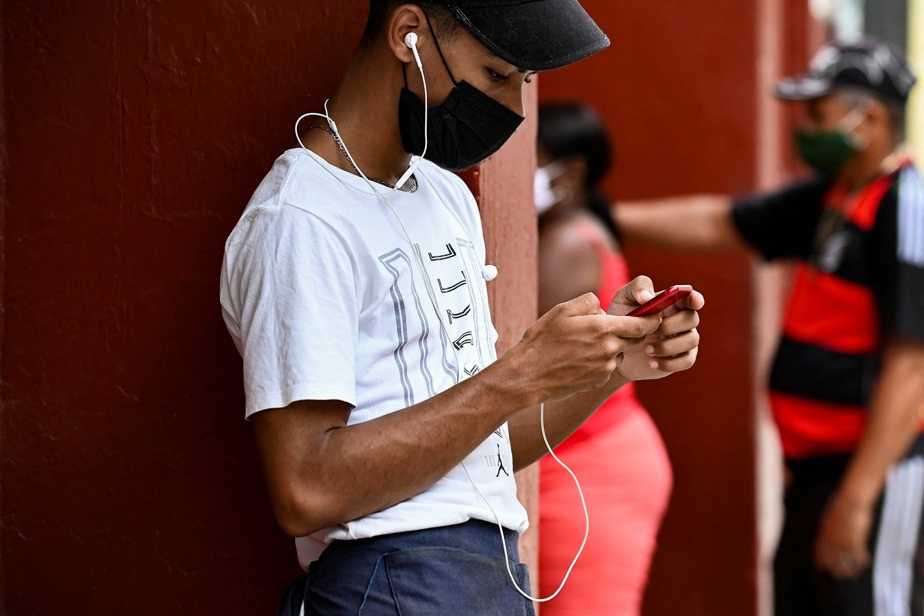 (Havana) The Cuban regime is now criminalizing “social subversion”, the spread of false news on the Internet and cyber terrorism, in its first cybersecurity law, the decrees of which were published in the Official Gazette on Tuesday.

These new measures have sparked a violent reaction on social networks, where more than a month after the unprecedented demonstrations of the 11th there were arrests.

This new legal framework, the first of its kind approved by the Cuban government in the telecommunications sector, defines 17 “cybersecurity incidents (crime)” for natural and legal persons, with the “security level” ranging from “medium”. to “very high”.

With the aim of “disseminating fake news, insulting and defamatory messages that damage the country’s reputation”, it punishes “social subversion” that could “disturb public order” and “encourage indiscipline”.

“We have the right to disagree and express it,” tweeted @SailydeAmarillo, a Cuban entrepreneur, among the many reactions on this social network.

“# NoAlDecretoLey35 #SOSCuba,” tweeted freelance journalist Luz Escobar, supporting the motion to reject the legislative decree with the hashtag, which has gone viral since the Cubans’ cry for help on Twitter.

Human Rights Watch’s director for America, José Miguel Vivanco, said on the same social network that the “Cuban regime” continues to restrict the Internet by “enacting rules that allow the Internet to be shut down when news is published by the government considers it “wrong”.

He also criticizes Cuba for “treating the spread of news that undermines the” prestige of the country “as cybersecurity cases”.

“Cuba is a dictatorship and criminalizes freedom of expression,” said Karly, a young Cuban woman who lives in Costa Rica.

The mobile Internet, which arrived in Cuba in 2018, changed the balance of power between communist power and the opposition and in July led to the unthinkable rallies with calls for “freedom” and “down with the dictatorship”.

This cybersecurity law comes into effect when Cuba on Thursday accused the US Senate of “aggression” for passing an amendment requiring President Joe Biden to give Cubans unrestricted internet access to circumvent Havana censorship.

Israel and Qatar agree to distribute aid in the Gaza Strip