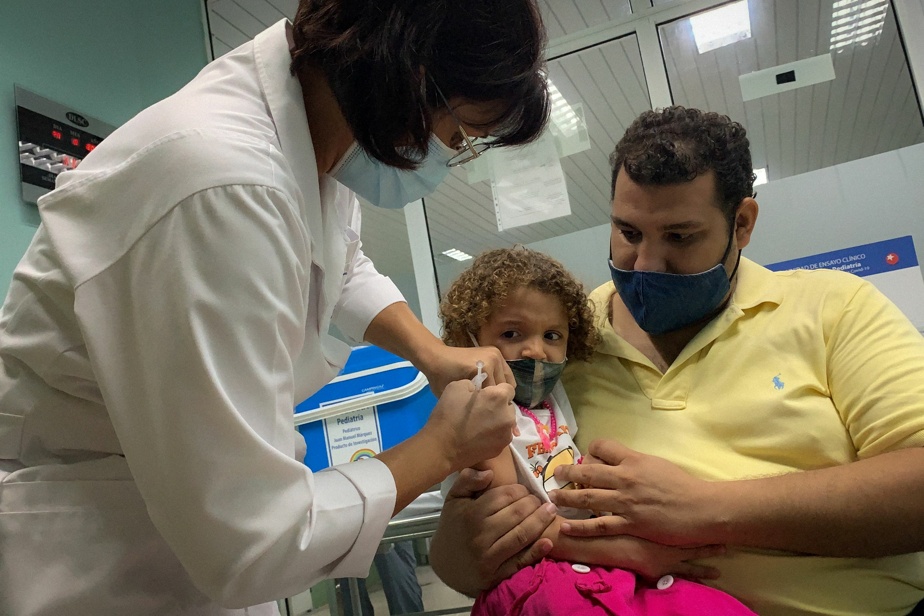 (Havana) Cuba on Friday launched a national coronavirus vaccination campaign for children and adolescents aged two to 18, a condition set by the communist government before schools reopen.

If other countries like China and Venezuela have announced their intention to vaccinate children too, Cuba will be the first to do so, with an increase in cases rocking its health system.

This campaign with the Cuban vaccines Abdala and Soberana is initially aimed at young people aged 12 and over, before being expanded to children aged 2 to 11 from September 15.

“I’ve always wanted to be vaccinated against COVID-19,” testifies AFP Laura Lantigua, 17, who received the first of three planned injections at Saul Delgado High School in the Vedado district of La Havana.

A few days ago, his institution warned students through social networks: “They told us the opening times and the center where we should go”.

On site, the doctors “measured our tension and temperature, auscultated us and then we were vaccinated” after it was necessary to “wait an hour to see if we showed a reaction”. But “I feel good,” she says.

“It’s really a good experience,” adds Ronald Martinez, who has just turned 18, at his side: “We have the feeling that with the vaccination we can lead a new social life and rediscover the relationships we had before have lost almost two years “.

And back to school: schools across the country have been closed since March 2020 and only reopen briefly for a few weeks at the end of the year before they close again in January.

Since then, pupils and students have followed the lessons on television and have to repeat them from Monday, the day they return to Cuba.

In fact, the Cuban government has decided that schools will not reopen until all of the country’s children have been vaccinated: once the campaign is over, it plans to gradually reopen the facilities in October and November.

In the evening, the Medicines Agency (Cecmed) announced that it had approved the emergency use of the Soberana 2 vaccine, one of the vaccines used in this campaign, for children and adolescents aged two to 18 years.

The composition of the Cuban vaccines, which are not recognized by the WHO, is based on a recombinant protein, the same technique used by the American company Novavax.

NATO promises not to forget Afghans in danger

The two Michael and Meng Wanzhou: no connection, assures Washington