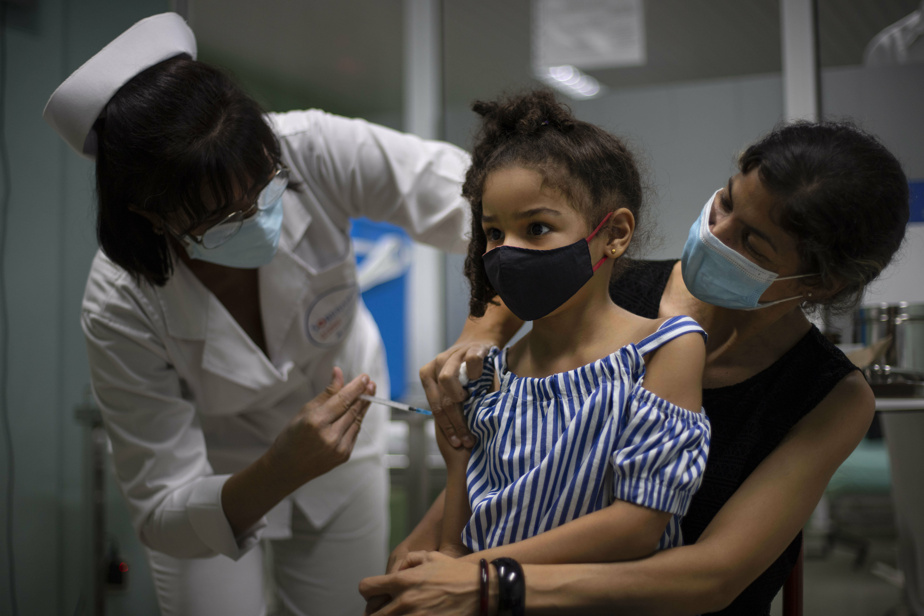 (Havana) Cuba will not reopen its schools until all of the country’s children have been vaccinated, announced Minister of Education Ena Elsa Velazquez, stating that the school year would start next Monday, but at a distance.

“We know Cuban families are very concerned about resuming face-to-face classes, and it’s important to say […] that we will restart the school year on September 6th, but through TV lessons, ”she said on state television on Tuesday evening.

And ‘we made a decision in agreement with the Ministry of Health […]that the schoolchildren would resume classroom education after vaccination, ”she added, noting that a three-stage schedule, from oldest to youngest, was adopted.

The island, which has developed its own vaccines, is currently conducting pediatric clinical trials of its Abdala and Soberana vaccines to vaccinate Cuban children ages three and up.

To prevent the spread of the disease, schools across the country have been closed since March 2020 and only reopen briefly for a few weeks at the end of the year before closing again in January. Schoolchildren and students must therefore watch the lessons on television.

Cuba, which first managed to control the epidemic on its territory, has reported very worrying contagion rates since July as the arrival of the Delta variant shakes its health system, pride and social pillar of the island.

Under an American embargo since 1962, the country began developing its own vaccines in the 1980s, which enabled it to manufacture two vaccines against the coronavirus: Abdala and Soberana. They are not recognized by the WHO.

Due to the major delay in the vaccination program, which saw around 30% of the population vaccinated against the 70% target at the end of August, Cuba also began using the Chinese Sinopharm vaccine on Sunday.

Cardinal Woelki remains – or is he? |

Hurricane Nora intensifies on the coasts of Mexico

TV format "The final round" In the analysis: Forming a coalition will be a tough nut to crack

July 29, 2021
Recent News
RSS Error: A feed could not be found at `https://www.lavernecommunitynews.com/feed/`. This does not appear to be a valid RSS or Atom feed.
Facebook Twitter WhatsApp Telegram
Back to top button
Close
Close
Close
Log In