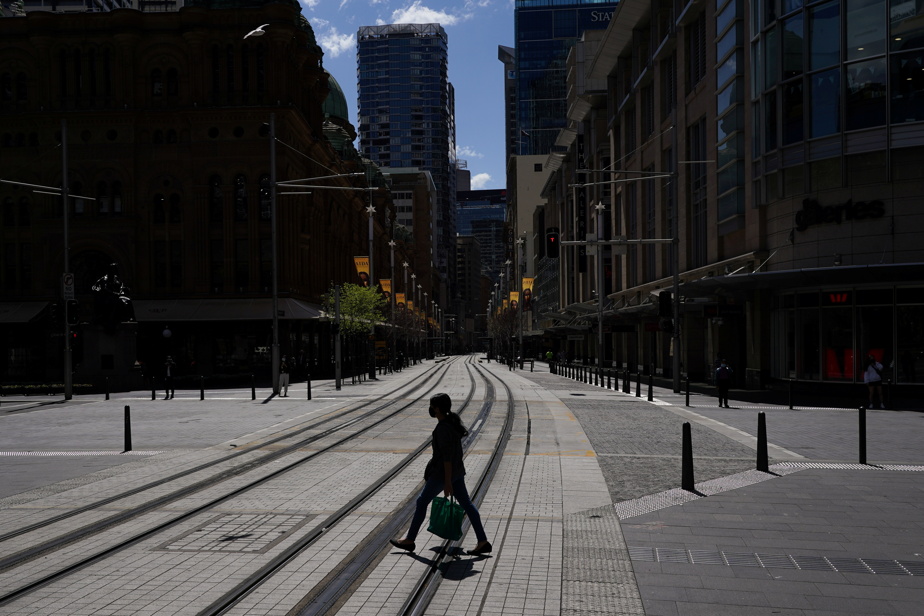 (Sydney) The vaccinated Sydney residents will finally emerge from a more than three-month lockdown in mid-October, authorities said, unveiling a “plan for freedom” as the number of cases in the city declines.

Home stays will have to be lifted in Sydney and New South Wales if full vaccination rates exceed 70%, a goal that Prime Minister Gladys Berejiklian is expected to achieve on October 11.

For the first time in more than three months, pubs, restaurants and shops can reopen to vaccinated customers and friends and families who live in Australia’s largest city can come together again.

“It only remains this week and next,” encouraged Ms. Berejiklian.

The “Plan for Freedom” will allow travel through New South Wales when 80% of those over 16 are vaccinated, a threshold that could be reached by the end of October, said Deputy Prime Minister John Barilaro.

At the same time, the limit on the number of guests at funerals and weddings will be lifted and sporting events can be resumed.

Unvaccinated adults must wait at least until December 1st to enjoy the same freedoms if 90% of the population should be vaccinated in old age.

The number of daily cases fell to 800 in New South Wales on Monday, from a high of about 1,500 in September, and 85% of the adult population have received at least one dose of the vaccine.

Ms. Berejiklian believes that the number of cases will rise again after the end of her detention, but remains confident that she can treat these patients.

“We know the number of cases will skyrocket once we reopen and 70% of people have received two doses,” she warned.

“But what will protect us is the fact that many people have received at least the first dose of the vaccine and these people have extra protection that prevents them from ending up in hospital or worse.”

Australia has suffered a winter wave of COVID-19 from the highly contagious Delta variant, which has forced the country’s two largest cities, Sydney and Melbourne, into lockdowns for several months.

But the vaccination campaign, which has been slow to start, has accelerated, allowing leaders to come up with a reopening plan that includes resumption of international flights by the end of the year.

Border with Belarus: Poland wants to extend the state of emergency |