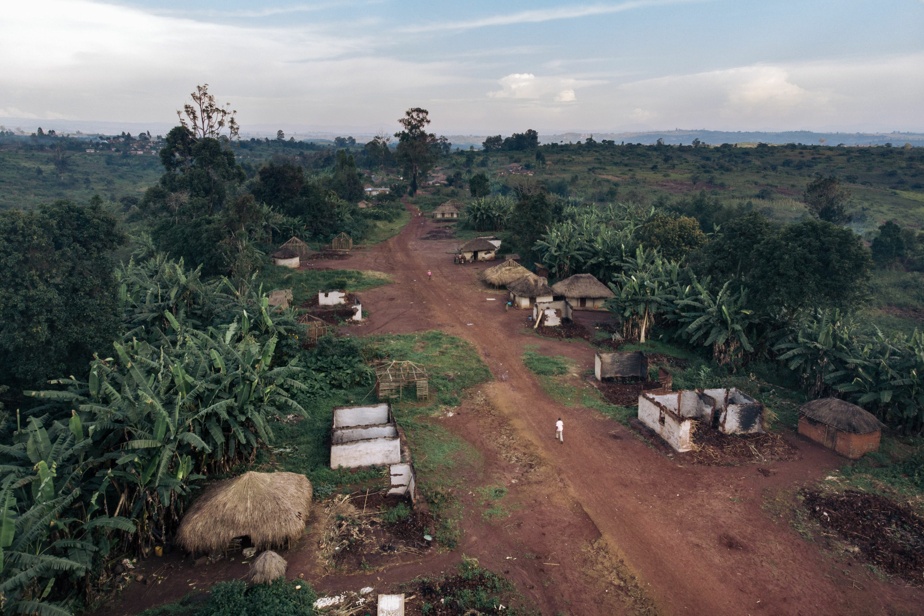 (Bunia) Machetes or bullets were used this weekend in Ituri, a province in eastern Democratic Republic of the Congo where the armed group ADF is widespread, killing at least thirty villagers who were accused of this new massacre by the population.

Ituri, like the neighboring province of North Kivu, has been under siege since the beginning of May, an exceptional measure intended to put an end to the activities of the numerous armed groups who have been terrorizing the residents for more than 25 years, these regions deny the resources.

“The rebel movement was reported on Friday, but there was no military action. We alarm, we alarm, we alarm … We don’t know what to do! “Implored Dieudonné Malangayi, head of civil society in the community (” chief “) of Walese Vonkutu.

On Saturday evening, Mr Malangayi announced that at least 14 people had been killed in the hills of Tsani Tsani and Mapasana around the village of Luna Samboko on the border with North Kivu. “The ADF rebels marched in in the morning, they operated all day,” he added.

According to him, they ransacked houses and shops and killed en masse, mostly farmers.

The ADF (Allied Democratic Forces) were originally Ugandan Muslim rebels against the regime of President Yoweri Museveni and are now presented by the jihadist organization Islamic State (IS) as their branch in Central Africa.

They are considered the deadliest of the armed groups raging in eastern DRC, accused of massacring civilians that have killed thousands since 2013.

“The civilians who were looking for the bodies of the victims found 16 more in the bush, which resulted in 30 civilians being massacred,” Malangyi said after the investigation on Sunday, stressing that the death toll could rise.

A UN source confirmed Monday morning that at least 30 people had been killed.

“Many people have died”

Augustin Muhindo Musavuli, “Kirara block chief” in the neighboring village of Njanja, took part in the search for the bodies and said that he had seen 17 dead himself, mostly with machetes but also with bullets. Some had their throats cut, others eviscerated.

“We went into the bush with the young people, accompanied by soldiers,” he said from Bunia when asked by the AFP correspondent over the phone. “We transported the bodies on motorcycles … Many people died …”.

“We found nine bodies in the Bavon conspiracy. Bavon himself was killed, his wife and child and others were abducted, ”he added angrily.

Bodies were taken to the morgue at Eringeti General Hospital and others to Mamove and Oicha in nearby North Kivu, Mr Malangayi said. “We left others behind in Maimoya,” also in North Kivu, added Mr. Muhindo.

In addition to the growing presence of the ADF, which has been active in North Kivu for some time, Ituri is also characterized by strong contrasts between local ethnic groups.

Between 1999 and 2003, a community conflict there resulted in tens of thousands dead. Members of the Lendu and Hema communities killed each other by militias until the intervention of the European Artémis forces in 2003 under French command.

After a few years of silence, violence broke out again in 2017, attributed to an armed group called Coopérative pour le développement du Congo (Codeco), which claims to be defending the interests of the Lendu. This group is now split into several rival factions.

By the end of May, the attack on two villages in the region had killed more than 50 people in a single day.

The Congolese army did not find out about these new murders in southern Ituri.

But she “wanted” to inform the population of the province, “especially those of Djugu” in the north, that she had killed three Codeco rebels and wounded four others in an operation in the Kobu area. Lieutenant Jules Ngongo, spokesman for military operations in Ituri.

Sentenced to one year in prison | “People are not fooled by anything,” says Nicolas Sarkozy

Explosion in the port of Beirut | The investigation has been closed, we denounce the political obstruction

Projections: Tight race of the SPD and the Union |