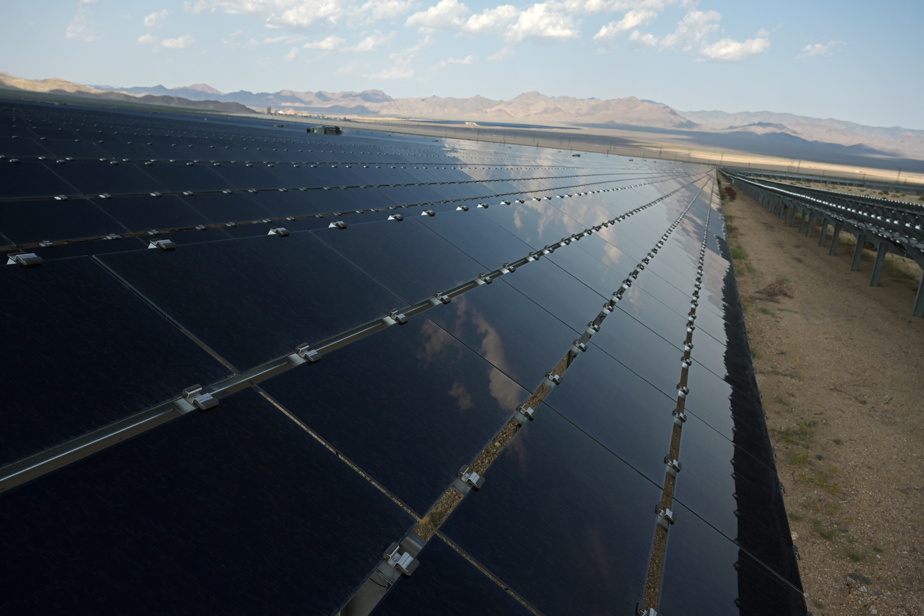 (New York) Solar power could provide 45% of U.S. electricity by 2050 under certain conditions, up from around 3% in 2020, a report by the Biden government said Wednesday.

To achieve this goal, however, “significant cost reductions, government support and large-scale electrification” of solar energy are required, says the US Department of Energy.

In 2020, photovoltaic modules and solar thermal power plants in the US produced just under 80 gigawatts (GW), enough to meet about 3% of the country’s electricity needs.

Solar panels at the Desert Stateline Power Plant near Nipton, California on August 16, 2021.

The government of President Joe Biden, which has made the fight against climate change one of its priorities, is relying on the extensive infrastructure investment plans that are still being discussed in Congress.

The study highlights the fact that solar energy, our cheapest and fastest growing clean energy source, could produce enough electricity by 2035 to power every home in the United States while employing up to 1.5 million people.

This would be a major tipping point compared to the current pattern: in 2020, renewables provided 21% of electricity in the United States, with the remainder being generated by natural gas (40%), nuclear (20%), and coal (19%). ).

In a letter to politicians, almost 750 solar energy companies insisted on the need to expand existing subsidy measures and implement them in the long term.

Mexico City commemorates the fall of the Aztec capital