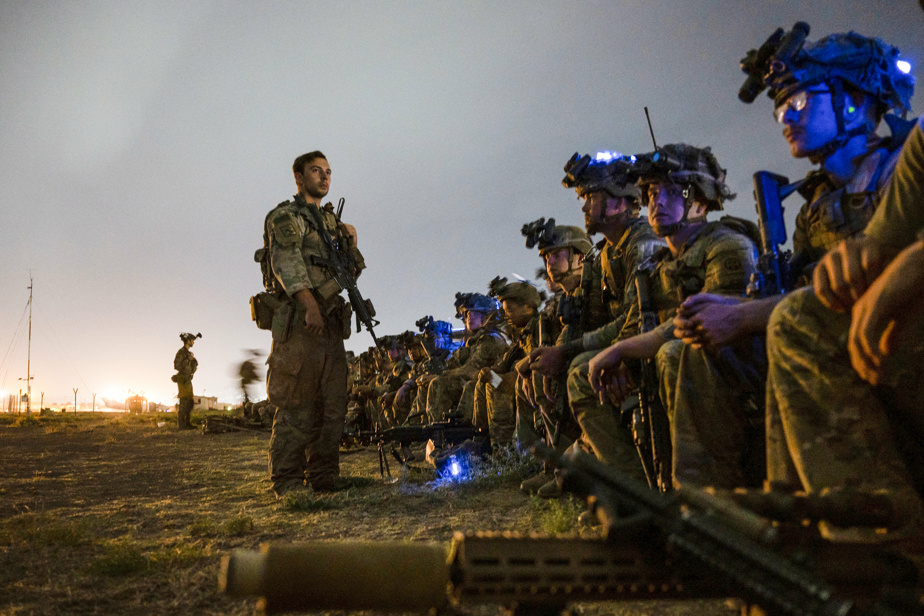 (Washington) The United States, now having economic aid only to put pressure on the Taliban, will have to invent a new relationship with Afghanistan to defend its interests after ending its twenty year military presence.

The US military left for good on Monday. But Washington cannot ignore a country from which the September 11, 2001 attacks by al-Qaeda during the previous Taliban administration were orchestrated.

“We have the leverage to ensure that the commitments of” the new Islamist masters of Kabul “are met,” said US President Joe Biden on Tuesday.

Foreign Minister Antony Blinken assured that Afghanistan would again become a “pariah state”, as it was in power from 1996 to 2001, if they questioned progress on women’s rights or if they put their country back into a haven for international jihadism.

On Tuesday, White House National Security Advisor Jake Sullivan made it even clearer: “We will wait for your action before deciding on the future of economic and development aid.”

According to Michael Kugelman of the Wilson Center think tank, “economic aid is the only arrow in Washington’s bow now,” as the United States holds the keys to accessing the $ 9 billion in foreign currency reserves currently frozen in Afghanistan.

In this one of the poorest countries in the world, international aid accounted for 75% of public spending in 2019, and Americans are estimated to have contributed more than half of civil servants’ salaries by the time the pro-Western government was overthrown.

But today the country is threatened with “a total collapse of basic services,” warned UN Secretary General Antonio Guterres on Tuesday.

The economic “arrow” is blunt, however. Because other powers, starting with China, “will not ask the Taliban as many guarantees to give them recognition and financial aid,” Michael Kugelman told AFP.

“Western diplomats are obsessed with pressure,” but in reality, “we lost the war,” sweeps Graeme Smith, advisor to the conflict prevention organization International Crisis Group.

He predicts a “give and take” that consists of “negotiation and not coercion”.

For the immediate future, the American government has a priority: to enable the citizens of Afghanistan who are stuck there to leave Afghanistan and to allow other foreigners and Afghans who worked in the US Army to leave the country but could not be evacuated in time.

The Foreign Ministry is initially relying on diplomatic pressure.

The former insurgents “are subject to the same sanctions today as they were yesterday, and I assume that this will continue to be the case tomorrow and in the near future,” said US diplomacy spokesman Ned Price on Tuesday’s attitude.

However, sanctions could be discussed much more quickly.

Graeme Smith, like several organizations, believes that a derogation is necessary to facilitate the delivery of humanitarian aid and avoid a large-scale crisis that would “destabilize” the region and “trigger unprecedented waves of migration”.

In the longer term, American interests will focus on the fight against terrorism.

Joe Biden said America had achieved its original goal in Afghanistan, namely to prevent the distant country from again serving as a “launch pad” for attacks on its soil. He must now be careful not to be contradicted.

On all these issues, paradoxically, the United States can count on the dialogue it has built with its archenemies of the last twenty years during the months of negotiations in Qatar, but also in favor of the crisis of the last few days.

Since mid-August, the US military and diplomats have repeatedly made positive comments about the new Afghan rulers as their interests converge dramatically. The Americans wanted to leave, the Taliban wanted them to go – and all wanted to avoid attacks by the common enemy, the jihadist group Islamic State.

For ex-diplomat Elizabeth Threlkeld, a researcher at the think tank Stimson Center, it is also anti-terror guarantees and perhaps the formation of an “inclusive” government that American pressure can have some influence. “Success”. Concessions “on the margins” and not “on issues that are at the center of the Taliban’s ideology”, such as the position of women in society or human rights in general.

July 28, 2021
Recent News
RSS Error: A feed could not be found at `https://www.lavernecommunitynews.com/feed/`. This does not appear to be a valid RSS or Atom feed.
Facebook Twitter WhatsApp Telegram
Back to top button
Close
Close
Close
Log In