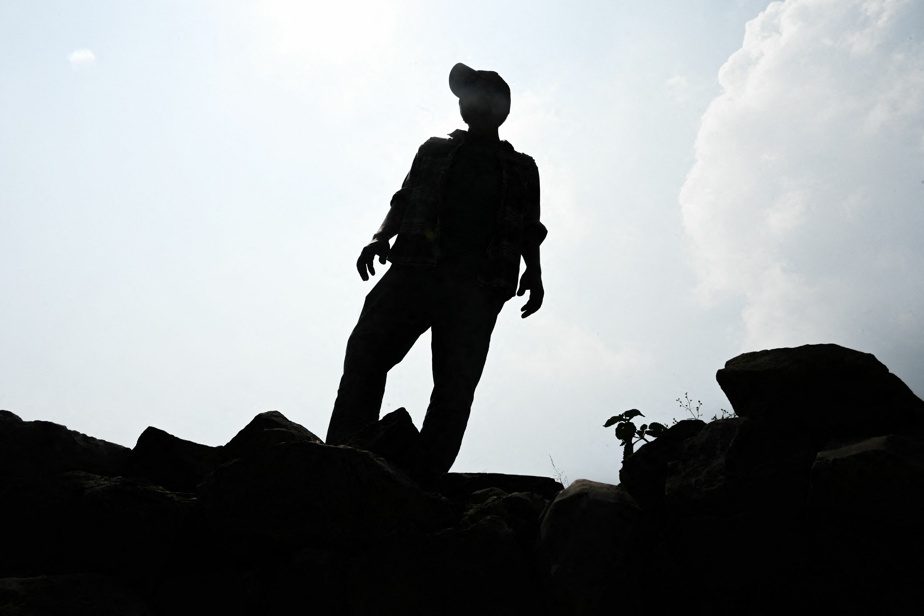 (Kabul) Marwa married one of her gay friends two days after the fall of Kabul. At the time, the 24-year-old lesbian had only one “terrorized” idea: to go under the radar of the new fundamentalist Taliban regime.

“When the Taliban took power in Kabul, it was a nightmare. I cried, I holed up at home,” recalls the young Afghan woman in a singing note.

“I thought to myself: ‘The Taliban will come and kill me,’” Marwa continues in a low voice, whose first name has been changed for security reasons. “I finally asked a friend to prepare the marriage documents” so that I could “go back outside” without fear and “leave the country” in the end.

More than 20 years after the Taliban came to power, the memory of their strict application of Islamic law and their brutality towards homosexuals still leaves the blood of the Afghan LGBTQ community (lesbian, gay, bi, trans and queer) cold.

Homosexuality, a topic still largely taboo in the country, was perceived as a deviation at the time and was punished with death.

After 2001, when pro-Western governments came to power, there was a very slight shift. Homosexuality is still considered a criminal offense, but the death penalty is informally commuted to prison.

However, LGBTQ people continue to be arrested by the police and face “discrimination, assault and rape,” according to a US government report released in 2020.

From 2001 to 2021, “the LGBT community had a lot of problems with the police and society, but it had acquired a little freedom,” notes Artemis Akbary, co-founder of the Afghan LGBT association, refugee in Turkey.

“There were safe places for members to see each other, including a café in Kabul where they met and danced every Friday,” he told AFP at the secret location. With the arrival of the Taliban on August 15, “most of my friends say they cannot risk going back”.

Since their return to power, the fundamentalists have not let anything filter their intentions. But the words of a Taliban judge in July brought back bad memories. When asked by the German visual media, Gul Rahim was of the particular opinion that homosexual people should be sentenced to death by stoning or crushed under a wall.

More recently, information that a young homosexual was raped and beaten by men who lured him with promises to help him leave the country contributed to environmental psychosis.

On site, many young men and women no longer leave their homes and try to erase all traces of their previous life, on social networks and on the street, according to NGOs and testimony collected by the AFP.

After the arrival of the Taliban, “we didn’t leave our home for about two or three weeks,” says Abdullah – a wrong name – a 21-year-old homosexual in Herat (West). “Recently we’re going out again, we’re trying to just act so as not to be identified by the Taliban. ”

“Before you could wear jeans and T-shirts, some homosexuals also put on make-up. That is no longer possible now, ”he adds.

The young man is also concerned about the decline in achievements in recent years, particularly in the space given to gender or LGBTQ rights in certain magazines.

It was a form of “support, it motivated all of us to stay in Afghanistan and not go to strengthen the LGBT community here,” he said.

Go. Some took the plunge at the beginning of summer as cities and provinces fell into the Taliban one by one.

“We received messages from our partners in the sub-region at the beginning of the summer,” says Arnaud Gauthier-Fawas, spokesman for Inter-LGBT France.

“Many people took the initiative to flee to Pakistan, some managed to get into Iran,” he added. For those who stayed, “it is clear that the reopening of the Ministry for the Promotion of Virtue and the Suppression of Vice is by far the most dangerous sword of Damocles.”

She previously butchered Yahia – a false name – who says he was beaten by the Taliban on the street in Kabul and then holed up in his home.

“They made it very clear how they felt about us: ‘We are going to do this (kill you). It is something (homosexuality) that we forbid, it is a sin, a great sin, ”reports the young homosexual of 25 years, who has since been able to leave the country thanks to the help of a European LGBT association.

Marwa, who has lost contact with her family since she refused an arranged marriage three years ago and at the same time revealed her homosexuality, has no illusions.

“There is no future for us. Every LGBT member must either prepare for a slow death from isolation, hunger, sadness, depression or stress, or be killed by the Taliban or members of their family, ”she said.

His latest message is aimed directly at the international community, which is pushing not to recognize the new regime “too easily”, with the warning: “The Taliban have not changed, they just lie better than before”.

Ministry of the Environment wants to further protect the moors |

Churches and mosques will not be closed, according to the government –