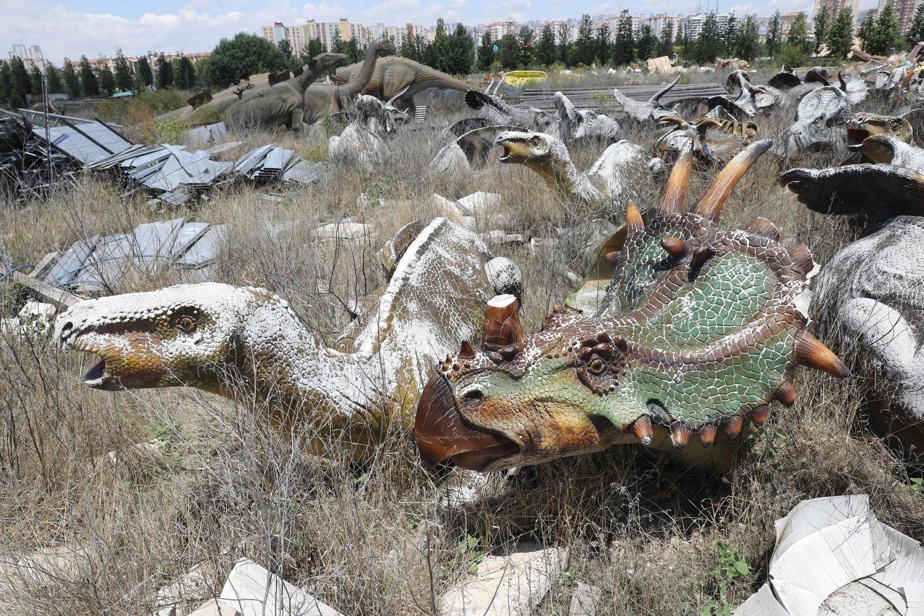 (Ankara) The “Wonderland Eurasia” in Ankara with its gigantic dinosaur statues and its 17 roller coasters should become the largest amusement park in Europe and a “source of pride”, according to Turkish President Recep Tayyip Erdogan.

Instead, the expensive rides, which have been rusting since the park closed less than a year after it opened in March 2019, have become a symbol of the mismanagement and hubris of some of the presidential AKP party officials.

The outrage over the construction of this mega-project as unnecessary and expensive has helped end the Islamoconservative’s long rule over Ankara, a city won by the opposition in the last local elections in 2019.

This setback, unprecedented for Erdogan, also served as a warning to the head of state, who, against the background of economic difficulties, is heading for a delicate double election for the presidency and the legislature in 2023.

The extent of Wonderland Eurasia’s problems became apparent very quickly. Two days after the park opened, a train got stuck on a roller coaster. The passengers had to leave the carousel on foot.

Visitors also had the unpleasant surprise of discovering toilets in poor condition, semi-built attractions and areas of the park that were closed to access due to construction work.

In 2020, Wonderland Eurasia lowered the curtain, leaving rusty statues and rides and a strong sense of bitterness.

“What Ankara needed wasn’t an amusement park. It was (an improvement) in traffic, ”regrets Tezcan Karakus Candan, President of the Ankara Chamber of Architects.

“That was an extravagant project,” she adds, pointing out that there was already another large amusement park in the Turkish capital.

The municipality has sued the company responsible for Wonderland Eurasia in hopes of gaining control of it and making good use of the vast land on which it was built. A decision is expected on September 13th.

The project, which was taken over by one of his predecessors, Melih Gökçek, cost more than 680 million euros (more than one billion Canadian dollars), according to the current mayor of the opposition, Mansur Yavas.

But the former city council, who was removed from office by Mr Erdogan before the end of his last term of office, remains linked to several controversial construction projects.

Wonderland Eurasia, which was first called “Ankapark”, was supposed to develop tourism in Ankara, a mainly administrative city, far from the charms of Istanbul or the seaside resorts in the south of the country.

Mr Gökçek had said that the park would attract 10 million visitors to the capital annually. In 2019 she received half of it.

For Güven Arif Sargin, architecture professor at the Technical University of the Middle East in Ankara, it was a “childish whim” to want to turn the capital into a tourist center.

For Mr Erdogan’s opponents, this project has also become a symbol of what they see as the gap between the ruling class and the concerns of the population.

“Melih Gökçek illustrates how the AKP local governments are betraying the cities and setting in motion a process of plundering public funds,” says Candan.

But for many Ankara residents, Mr. Gökçek’s main flaw is not that he indulged in an expensive imagination. It is said to have destroyed a natural area associated with the founder of the republic, Mustafa Kemal Ataturk, whose name he also bore.

The “Ataturk Forest Farm”, founded in 1925, housed a zoo and vegetable gardens. The founder of the republic had created it to meet the future needs of the capital for agricultural products.

For Mr Erdogan’s critics, building an amusement park in this emblematic location is part of the effort to eradicate the legacy of Ataturk, whose power they blame.

For Mrs Candan, only a “radical” solution would allow us to turn the page.

“We need to give the rides (of the park) to the regions that need them, get Melih Gökçek to compensate for the wasted sums, and use that money to reforest the area,” she said.