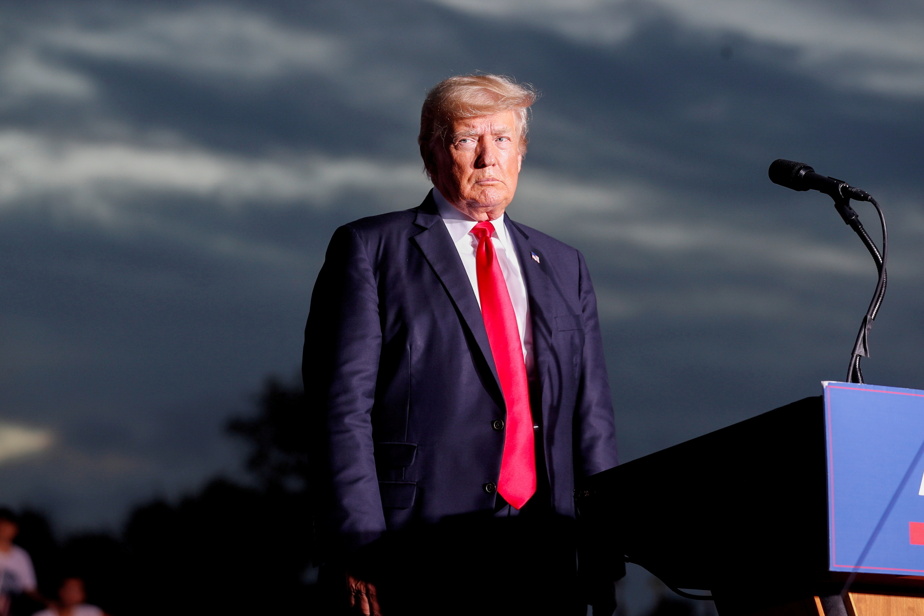 (Washington) Donald Trump’s attorneys filed an appeal on Wednesday to try to block the former US president’s tax returns from being sent to Congress Democrats on the grounds that he was targeted for purely political reasons .

“The demands are directed against President Trump because he is a Republican and a political opponent,” assert his lawyers, speaking of “retaliation” in their arguments before the federal court in the capital Washington.

Democrats, who control Congress, have been trying to clear tax secrets from Jan.

In a potentially big step forward for the Democrats, the US Department of Justice on Friday ordered the Treasury Department to “provide this information” to a House Committee.

The commission responsible for tax affairs (“Ways and Means”) calls for six years of tax returns before Donald Trump moves into the White House in 2017. It wants to investigate how the US tax authorities (IRS) controls the finances of the president.

An argument that was rejected by Donald Trump’s lawyers.

“While the Democrats in the House of Representatives put forward myriad justifications for collecting the president’s tax returns, no one at the time mentioned a desire to find out how the IRS audited the president,” they write.

The Justice Department argued Friday, writing that it was “possible that some Congressional officials are hoping” that Donald Trump’s tax returns are “only published to embarrass him”.

These motives would not, however, make it possible to invalidate the Commission’s application as it “serves obviously legitimate legislative objectives”.

Shortly before the presidential election in November 2020, the New York Times published a poll based on 20-year tax data from the ex-real estate mogul and his group.

He paid just $ 750 in federal tax in 2016, nothing for ten of the past fifteen years, and reported more losses than gains, according to the daily.

Donald Trump had denounced “false information” and assured that he had “paid a lot of taxes” without giving any details.

Attacks on Greens due to Tax Fraud Reporting Portal |