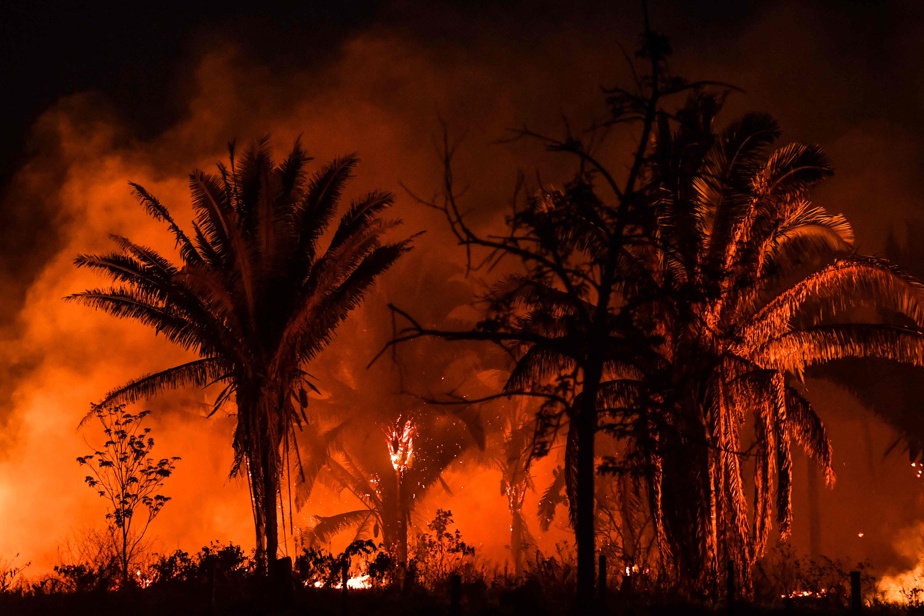 (Rio de Janeiro) The number of fires in the Brazilian Amazon fell slightly in August, the month that traditionally marks the start of the dry season, but remained close to the records set under the presidency of Jair Bolsonaro, according to official figures Wednesday .

The space agency INPE recorded 28,060 fires in the Amazon last month, 4.3% fewer than in August 2020 but well above the average of 18,000 fires in the same month in the decade before the far-right president came to power.

Since the election of the right-wing extremist head of state, the Brazilian part of the Amazon has lost around 10,000 km2 of forest per year, the area of ​​a country like Lebanon, compared to 6,500 km2 per year in the past decade.

“It is as if the government has created a Bolsonaro standard of destruction,” she added in a statement, condemning “a retrograde view of development that runs counter to efforts to address the climate emergency.”

The outbreaks multiply in the Amazon each year during the dry season from August to November, when farmers and land-screwers cut down trees and then burn them on the spot to clear farmland.

According to scientists, there are almost no spontaneous fires in the Amazon due to heavy rainfall.

In the first year of Bolsonaro’s presidency in 2019, the rapid increase in fires worldwide was of great concern as the vast forest plays an essential role in maintaining the earth’s climate.

This year, according to AFP Ane Alencar, director of Ipam, the environmental research institute on the Amazon, deforestation and fires are “about the same as in 2019”.

“It’s like getting used to these extremely high numbers,” she said.

Conservationists are also concerned about the surge in fires in the Pantanal south of the Amazon, which lost a quarter of its vegetation in the past year. The Pantanal is currently experiencing a historic drought.