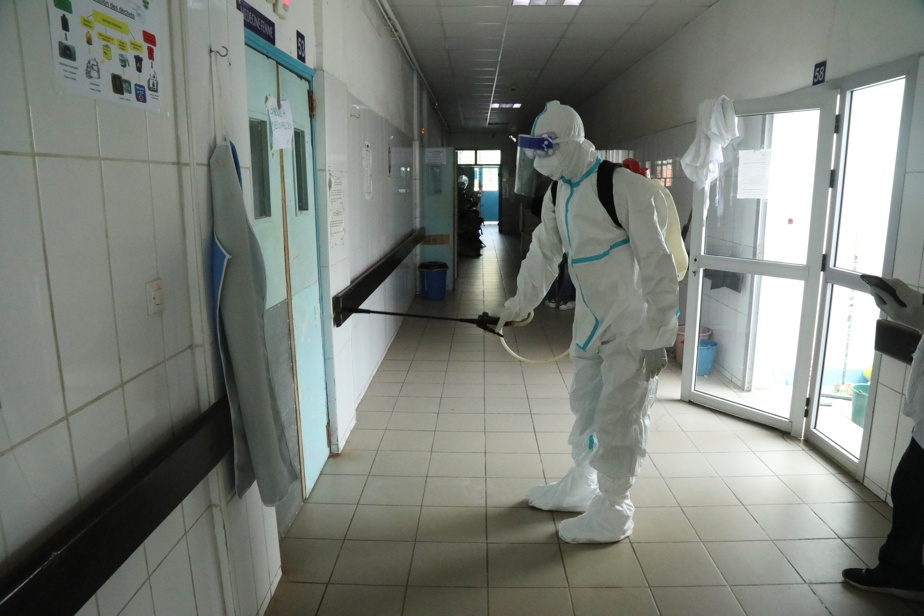 (Abidjan) The Ivorian Ministry of Health announced Thursday that there was no “doubt” about the Ebola case identified in a young Guinean in Abidjan in response to a request from Guinea to conduct a new analysis.

“The Guinean authorities doubt the clinical diagnosis, I do not doubt my analysis, I am an infectious disease specialist and a clinician, we cannot be wrong about the clinical presentation,” said Serge Eholié, spokesman for the ministry, to AFP of the infectious disease department. and tropical diseases of the CHU Treichville in Abidjan, which took the patient in.

“When we talk about Ebola virus disease, there are several forms,” ​​he added, stressing that the patient “has all of the symptoms” identified during the epidemic that ran from 2013 to 2016 in Guinea, Liberia and Serra Leone haunted and killed thousands.

According to Mr. Eholié, “she has symptoms of the Ebola virus, fever, diarrhea, she is vomiting, she is tired”.

He also stated that the Pasteur d’Abidjan Institute, which analyzed the samples taken from the young Guinean woman and found that she had contracted the Ebola virus, “from the WHO (World Organization for Health) for the haemorrhagic facts has been accredited is able to carry out an analysis of the Ebola virus fever ”.

In a letter to the WHO, Mr Lamah was also surprised that the Guinean medical team sent to Abidjan had no access to the patient.

Guinea therefore asked the “Ivorian authorities via the WHO to confirm this case again through the Pasteur Institute in Dakar and, if possible, another accredited laboratory”.

Regarding patient access, Serge Eholié appreciated that the Guinean team he received on Thursday morning “did not come to Côte d’Ivoire to have access to the patient” but “for us. Deliver medicines”.

The young Guinean arrived on August 11th from the city of Labé (Northern Guinea) in Côte d’Ivoire, a journey of more than 1,500 km that she covered by road.