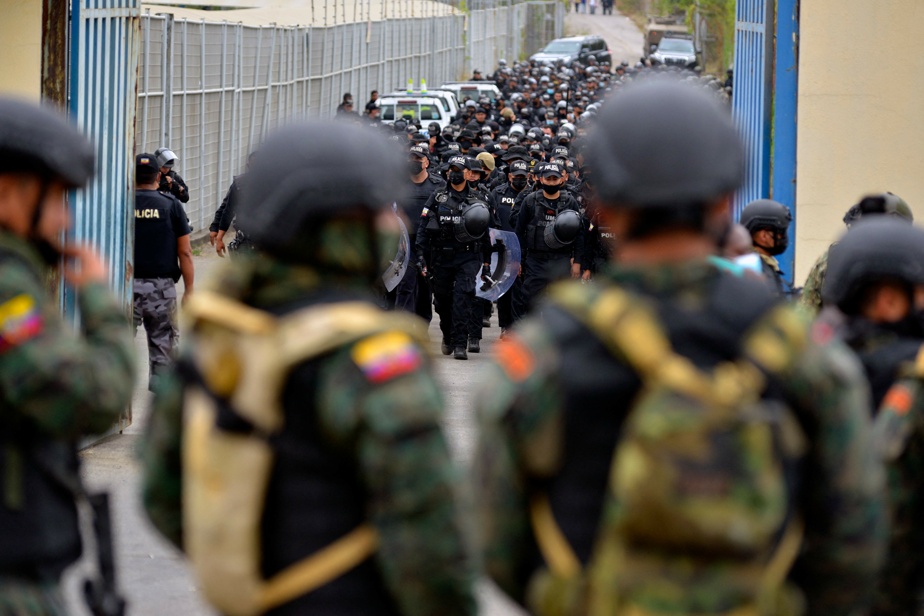 (Guayaquil) Ecuadorian police officers were shot dead on Saturday by inmates of Guayaquil prison in southwest Ecuador, where around 118 people – including six beheaded – have died in clashes since Tuesday, the worst massacre in Latin American history.

While the police took control of the prison on Thursday evening, “during the intervention” […] They were greeted with gunshots from people deprived of their liberty, ”tweeted the Ecuadorian national police.

Even before the security forces marched in, there was a shootout between prisoners, in which four people were injured, said police commander Tannya Varela.

A video released by the institution shows elite police officers, accompanied by soldiers and a military tank, entering the facility.

Following the shootings, police said they had confiscated two rifles, three pistols, ammunition and cell phones at the prison, which houses 8,500 inmates with a capacity of 5,300 people, representing an overcrowding of 60%.

Violent clashes between criminal groups linked to drug trafficking broke out in Guayaquil prison between Tuesday and Thursday. 118 people were killed and 86 injured, the judicial authorities said on Thursday evening.

The total prisoner count has increased 30% over the past six years, while the budget has been reduced from $ 150 million to $ 99 million over the same period.

Ecuador has 65 prisons with a capacity of 30,000 but 39,000 prisons, which translates into an average overcrowding of 30% across the country.

To reduce this overcrowding in prisons, the government has just announced that it will build more prison infrastructure, pardon around 2,000 prisoners aged 65 and over who suffer from illnesses or disabilities, and repatriate foreigners who have been sentenced to serve their sentences in their countries of origin.

About 10% of the country’s prison inmates are foreigners, mostly Colombians or Venezuelans.

Who with whom? Berlin SPD explores with four parts |