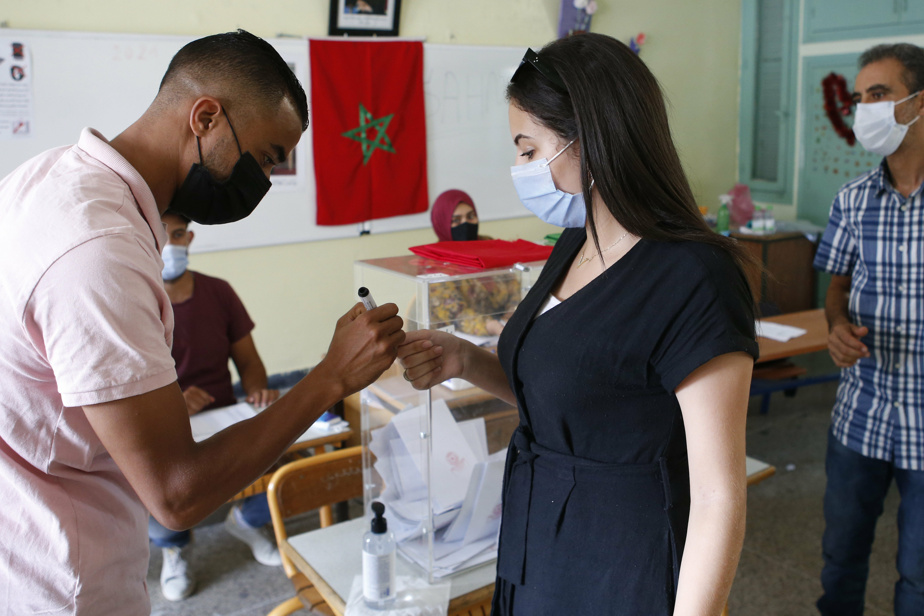 (Rabat) Moroccans voted in parliamentary elections on Wednesday to determine the future of the Islamist party PJD, which headed the government for a decade and denounced “serious irregularities” during the poll.

Voting ended at 7 p.m. and the ballot papers were counted in the evening.

A statement from the Interior Ministry on the interim results was expected around 12:30 p.m. (7:30 p.m. EDT), according to local media. The final results should be known on Thursday.

In a statement released before polling stations were closed, the Justice and Development Party (PJD) reported “several irregularities”, such as “obscene money distribution” near polling stations and “confusion” on some electoral rolls to citizens not find her name there.

This moderate Islamist party called on the authorities to intervene “heavily and quickly” so as not to “undermine the transparency of the elections”.

The end of the short election campaign, marked by the absence of major political meetings due to COVID-19, had already been poisoned by allegations of vote buying.

According to the Ministry of the Interior, voter turnout reached 36% nationwide at 5 p.m.

For the first time, the 18 million voters elect their 395 MPs on the same day as their local and regional representatives. Which could reduce the abstention.

For the daily newspaper L’Economiste, participation on Wednesday was the “real topic of the surveys”. In the previous parliamentary elections, it was capped at 43%.

“Today is an important day in Morocco. I vote because it is my duty, ”said an AFP voter at a polling station in Casablanca, the economic capital.

The head of government will come from the party that won the ballot. He is from King Mohammed VI. and is responsible for the formation of its executive for a five-year term.

In this kingdom of 36 million people, the decisions and main directions of the strategic sectors remain the prerogative of the monarch.

Long confined to the opposition, the PJD is hoping to run for a third consecutive term as head of government.

He achieved historic electoral successes after protests by the “February 20 Movement” – the Moroccan version of the Arab Spring of 2011 – which called for an end to “corruption and despotism”.

A lively controversy in recent days has juxtaposed him with his liberal rival the National Rally of Independents (RNI), two of the favorites of the general election, with the Authenticity and Modernity Party (PAM, liberal) and the Istiqlal party (center right)) who are in opposition.

Former head of government and former general secretary of the PJD, Abdelilah Benkirane, decided that “the government presidency needs a politician of integrity” and directed an explanatory video on Facebook against Aziz Akhannouch, head of the RNI and wealthy businessman.

Since 2007, Agriculture Minister Akhannouch has replied that the criticism of the Islamists was “an admission of failure” and “should only sow dissension”.

The minister, at the head of one of the country’s greatest fortunes and described as closely related to the royal palace, played a key role in the previous government and controlled important departments such as economy and finance or industry.

This is the first time since the first elections in Morocco in 1960 that the distribution of seats in the House of Representatives is calculated based on the number of registered voters, not voters.

This new calculation method should put the large parties at a disadvantage in favor of small groups. Only the PJD was against it and considered itself “damaged”.

If it achieves the same number of points as in 2016, it is estimated that the PJD will only get 80 to 85 seats this time, compared to 125 at the time. This would make its task of forming a new government coalition in the event of a victory more difficult.

The election competition is characterized by the lack of a clearly defined polarization of political decisions.

“We expect the newly elected officials to work primarily on education and health issues,” an official told AFP after the vote in Tangier.

After the election, all political parties are to adopt “a pact” resulting from a “new development model” that anticipates a “new generation of reforms and projects” like Mohammed VI.

Greece fears an increase in the number of refugees |