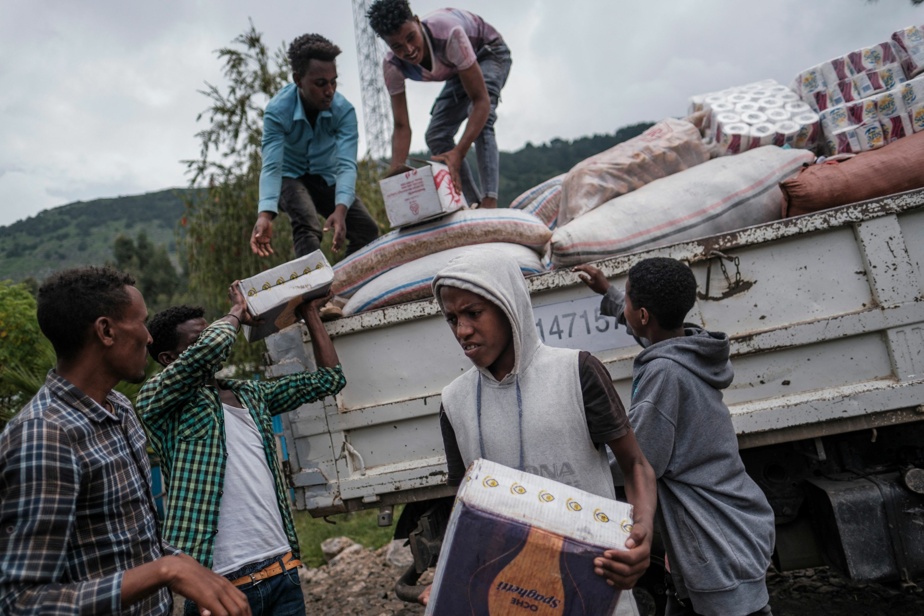 (Nairobi) Tigrayan rebels looted humanitarian aid in northern Ethiopia, especially in the Amhara region, where the Tigray conflict has spread, the Tigray mission chief told the American international aid organization (Usaid) in the country on Tuesday.

“In the past few weeks some of our warehouses have been looted and emptied by advancing TPLF troops, particularly in Amhara,” Sean Jones said in an interview with the Ethiopian national television broadcaster EBC.

“We denounce wrongdoing when we have facts to back up our words. In this case, we have certainly seen TPLF soldiers emptying some of the warehouses in the past few weeks, ”he insisted.

Northern Ethiopia has been the scene of fierce fighting since November when Prime Minister Abiy Ahmed sent the army to Tigray to remove unruly local authorities from the Tigray People’s Liberation Front (TPLF). According to him, this intervention was in response to attacks on federal military camps orchestrated by the TPLF.

The 2019 Nobel Peace Prize laureate had promised a quick victory, but the conflict stalled and in late June pro-TPLF forces regained control of most of Tigray and then resumed their offensive in the neighboring regions of ‘Amhara and Afar.

TPLF representatives were not immediately available to respond to these allegations.

According to the UN, 400,000 people are living in famine in Tigray. The spread of the conflict to the Afar and Amhara regions has also left more than 300,000 displaced people.

Humanitarian organizations and NGOs regularly complain about the difficulties in gaining access to the civilian population.

On Thursday, the humanitarian organization of the United Nations (Ocha) announced that the aid convoys to Tigray had been going on since March 20.

On August 19, Usaid boss Samantha Power accused the Ethiopian government of blocking the delivery of humanitarian aid, which a spokeswoman for Abiy Ahmed denied the next day.

Sean Jones said the US agency provided food aid to 5 million people in three regions of Tigray, Amhara and Afar.

Afghanistan | Medical supplies could run out soon, warns the WHO

no need for a network to make a call, according to a rumor