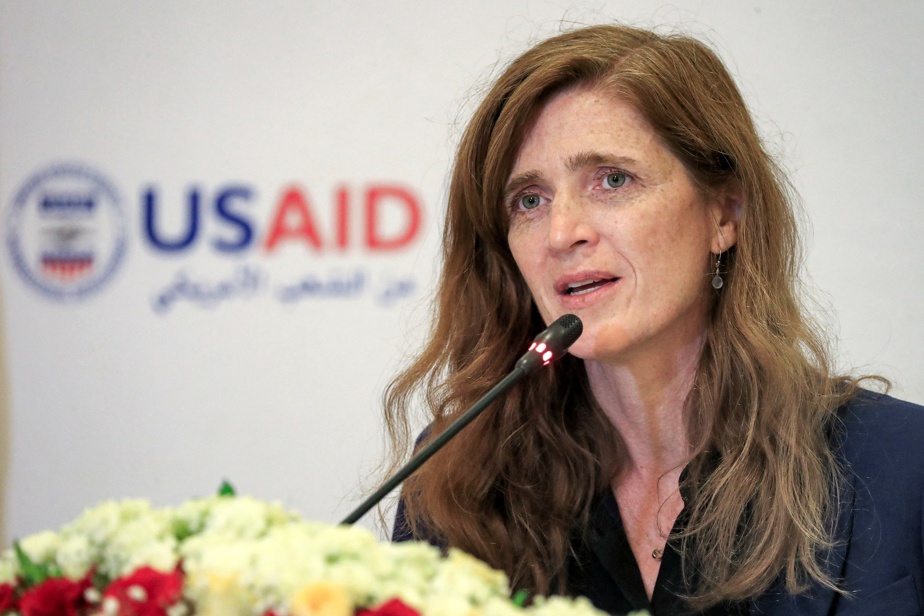 (Addis Ababa) The director of the United States International Aid Agency (USAID) Samantha Power called on the rebel forces of Tigrayan to withdraw “immediately” from the regions of Amhara and Afar on the border with Tigray, where the conflict threatens to ignite Ethiopia.

“In order for the help in #Tigray to reach everyone who needs it, ALL parties must cease hostilities,” tweeted Samantha Power, who visited Ethiopia, on Tuesday evening and called on the Tigray authorities to “immediately deploy their armed forces” from the Amhara regions and to subtract Afar.

“There is no military solution to this conflict,” she added on Twitter.

“All parties must accelerate the full delivery of humanitarian aid to those affected by the conflict and end the trade blockade in Tigray,” she added.

According to the United Nations, Tigray has been at the center of a serious humanitarian crisis for several months, with hundreds of thousands of people on the brink of famine.

Nobel Peace Prize 2019 for his reconciliation with Eritrea, Abiy Ahmed had quickly declared victory after the capture of the Tigraan capital Mekele by Ethiopian soldiers with the help of neighboring Eritrea, an ancestral enemy of the TPLF who had ruled Ethiopia for three decades Abiy Ahmed in April 2018.

However, Tigrayan’s forces continued their battle, retaking Mekele and several other cities in Tigray in June. After a ceasefire declared by Abiy Ahmed and the withdrawal of Ethiopian soldiers, the Tigrayan troops continued their offensive towards the neighboring regions of Amhara and Afar.

Hundreds of thousands of people have been displaced by these hostilities.

The USAID chief also reiterated Washington’s call for Amhara forces to withdraw from West Tigray, as well as Eritrean forces to support the Ethiopian army.

The UN warned on Wednesday that the rations of the last humanitarian convoy that would reach Mekele on July 12 would only last a few days.

About 5.2 million people – more than 90% of the population of Tigray – live on foreign aid, according to the UN.