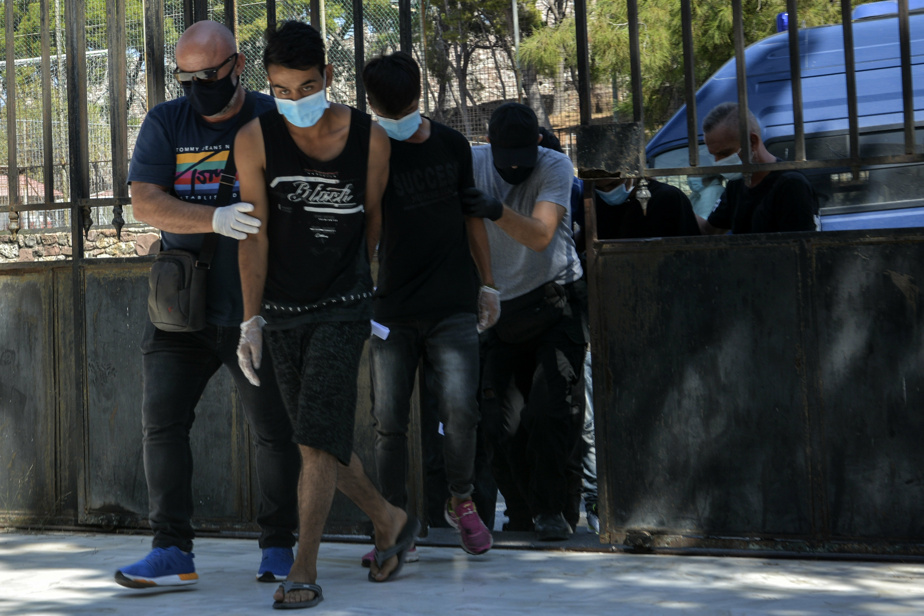 (Brussels) The European Union, which is anxious to avoid an “uncontrolled” influx of migrants from Afghanistan, plans to help countries in the region take in refugees fleeing the Taliban, according to a draft declaration to be submitted to the interior ministers on Tuesday .

The draft declaration states that “the EU and its Member States are determined to act together to prevent the return of large-scale illegal and uncontrolled migratory movements”, as it did in 2015, when Europe was overwhelmed by the arrival of more than a million migrants who fled mainly from the EU war in Syria.

Member States are also concerned about the risk of terrorism and promise to “do everything possible to ensure that the situation in Afghanistan does not create new security risks for EU citizens”. They focus on “the timely implementation of security checks on evacuees from Afghanistan”.

The UN expects half a million more Afghan refugees in 2021.

The Council, an institution representing the Member States, “recognizes the need to provide assistance and adequate protection to those in need” and “to approximate Member States’ practices in treating Afghan asylum seekers”.

The declaration, which has to be adopted at an extraordinary meeting of European interior ministers in Brussels on Tuesday, does not contain a quantified commitment to accept Afghan refugees.

In an interview with the Italian daily Corriere della Sera on Monday, the head of European diplomacy Josep Borrell also emphasized the importance of “strengthening cooperation with neighboring countries” in Afghanistan.

The absorption capacity of Europe (refugees) has limits and nothing can be done without strong cooperation.

“The neighboring countries are getting more and more involved, ahead of Europe. So yes: it also means offering these countries financial support, as we did with Turkey, ”he said.

In 2016, the EU signed an agreement with Ankara on the return of irregular migrants from the Greek islands to Turkey and financial support for the reception of refugees. Turkey is currently hosting more than four million migrants, most of whom are Syrians.

“The fleeing Afghans do not arrive immediately in Rome, but rather in Tashkent. The countries at the front must be helped, ”stressed Borrell.

According to the Spaniard, the events in Afghanistan also show that Europe must strengthen its military “strategic autonomy” and reduce its dependence on the USA in this area.

“We propose the creation of a European ‘first reaction force’ that could intervene quickly in crisis situations. The European Union must be able to protect its interests if the Americans do not want to interfere, ”he said.

“Our first invasion force should consist of 5,000 men who can be mobilized quickly,” he said.

The project has been discussed between the EU defense ministers since May. The latter meet on Wednesday evening and Thursday in Slovenia, the country that holds the rotating presidency of the 27. Your foreign counterparts will meet on Thursday and Friday.

Hurricane Ida in Louisiana | “I tried to go”