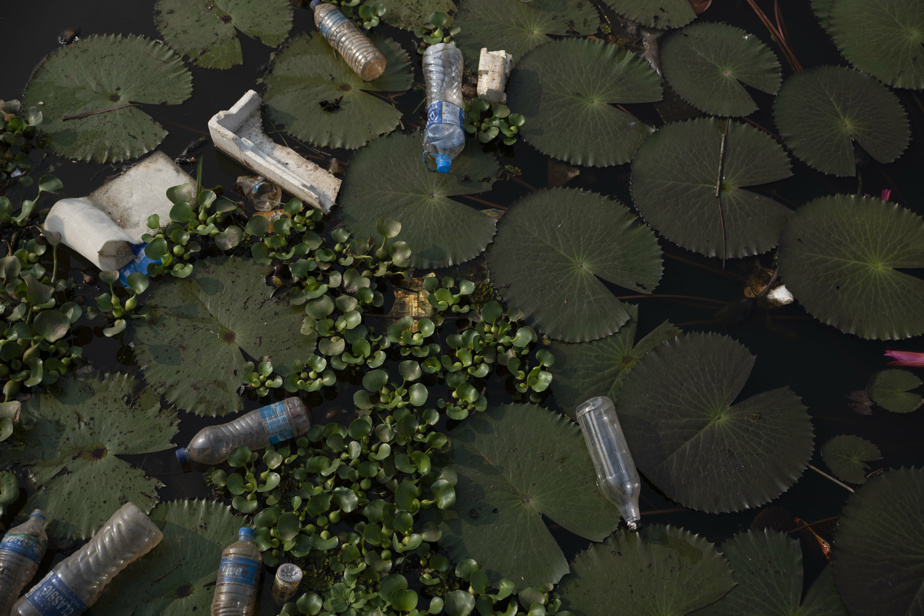 (Geneva) A dozen countries and the whole of the European Union tabled the outlines of an international agreement on Thursday to combat pollution from the 8.3 billion tons of plastic produced since the early 1950s.

The draft resolution presented by Peru and Rwanda is supported by the 27 members of the European Union and seven other countries. He proposed the establishment of an intergovernmental negotiating committee with the mandate to draw up “a legally binding international agreement based on a comprehensive approach to preventing and reducing pollution” from plastic.

This agreement would also take into account microplastics (a source of pollution whose levels are just beginning to be measured) and promote a circular economy that encompasses the entire cycle of these products: from their manufacture to their use, avoiding the production of waste, their management and treatment of the draft resolution concretized.

It was he who, together with Germany, Vietnam, Ghana and Ecuador, organized a two-day ministerial conference in Geneva on Wednesday and Thursday to take this dossier forward and at the end of which the draft resolution and a ministerial declaration of support for an agreement were issued.

The text of the resolution goes beyond plastic pollution of the marine environment, as “80% of the plastic that enters the sea comes from land-based sources”.

To do this, “we need to consider all the environments in which plastic fails and focus on activities as well as upstream and downstream measures,” the text underlines.

CDU: Weaker than ever at the Chancellery?

Variant Delta | New restrictions are “likely” coming into the US