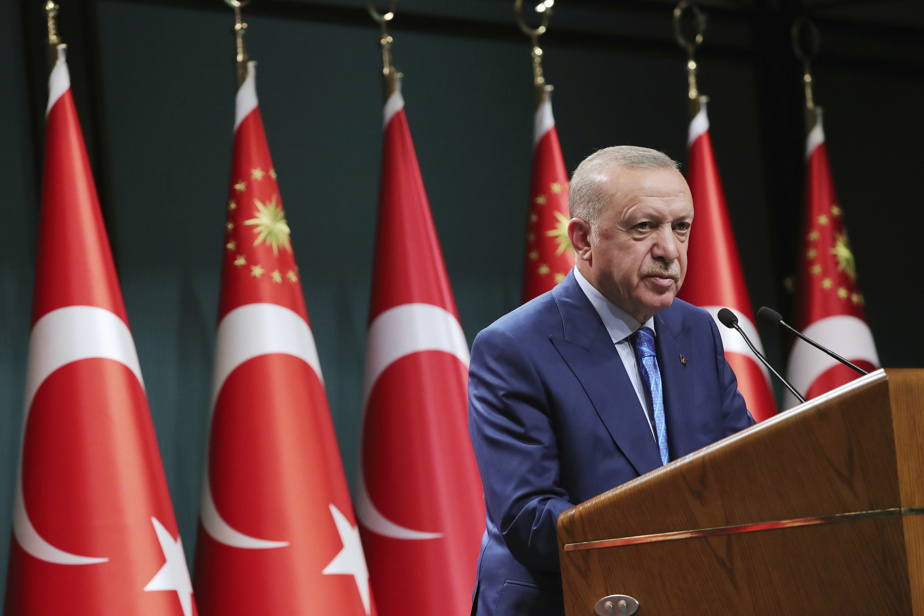 (Ankara) Turkish President Recep Tayyip Erdogan said on Sunday that Turkey could not assume the responsibility of third countries towards Afghans who worked for Western institutions and were waiting to be evacuated after the Taliban came to power.

“We have received an application to take on local staff from an EU mission in Afghanistan. Member States only open their doors to a tiny fraction of the people who have served them and are in trouble. […] Turkey should not be expected to assume responsibility for third countries, ”said Erdogan in a telephone conversation with EU Council President Charles Michel, according to a press release from the Turkish Presidency.

The day after similar statements in an interview with Chancellor Angela Merkel, the Turkish head of state affirmed that “Turkey, which is already hosting millions of refugees, cannot bear any migration burden. Additionally”.

For his part, Mr Michel said on Twitter that he had spoken to Mr Erdogan about “recent developments” in Afghanistan, which he described as “a common challenge for Turkey and the EU”.

“Fully understand the need to ensure the safe evacuation of nationals, local staff and families and to support vulnerable Afghans and host communities in the region,” he said.

The President of the European Commission, Ursula von der Leyen, called on all countries, especially the European countries, on Saturday to take in some of the Afghan refugees exfiltrated from Kabul.

For his part, Mr Erdogan estimated on Saturday that it would be “unrealistic” for the EU to have additional expectations of Turkey in terms of accepting migrants as long as the Turkey-EU agreement is not fully implemented.

Ankara regularly criticizes the EU for not respecting the agreement signed in 2016 to curb the flow of migrants into Europe and calls for its revision.

Forest fires | Despair on the Greek island of Evia, calm in Turkey

Whatsapp with the Taliban | Free press