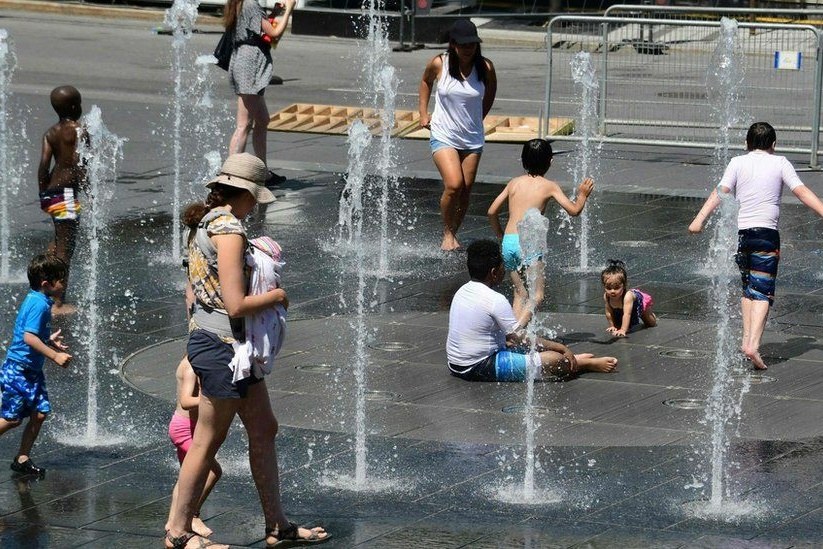 (London) In the UK, summer temperatures of over 40 ° C are threatened, even if global warming remains limited to 1.5 ° C, warned meteorologists on Thursday.

This threshold corresponds to the most ambitious goal of the Paris Agreement to limit global warming compared to the industrial age, which the British presidency of the November COP26 in Glasgow wants to keep “alive”. According to many scientists, it is now largely out of reach.

On the occasion of the release of the UK’s 2020 climate report on Thursday, Liz Bentley, Chief Executive Officer of the Royal Meteorological Society, pointed out that the planet is already experiencing extreme heat due to a warming of 1.1 to 1.2 ° C.

“If we add 0.3 ° C”, these heat waves “become more and more intense. We’ll likely see 40C in the UK, although we’ve never seen temperatures like this, ”she said.

“When we get to 1.5 ° C global warming, we won’t just see once or twice,” but “something we will see regularly,” she added.

Mike Kendon, the author of the report, told the BBC that 40 ° C in the UK during the summer was “plausible”, pointing out that global warming was already manifesting in the UK, as in the rest of the world.

According to the report, 2020 is the third warmest, fifth humidest, eighth sunniest, and first to climb into the top 10 of these three criteria.

With 34 ° C, which was reached for six days in a row at the beginning of August 2020, the south of England has hit one of the biggest heat waves of the last 60 years.

According to Mike Kendon, the UK has exceeded 34 ° C in seven of the last ten years, compared to seven of the previous fifty years.

After a hot spell, the UK experienced torrential rains last weekend that led to flooding in London, while extreme weather events have recently occurred in several parts of the world.

According to Tom Burke, chairman of the environmental think tank E3G, COP26 will be the first edition of this global climate conference where “the science of climate change has been confirmed by events”.

“It’s not just what scientists say, it’s what people go through,” he told reporters on Thursday, calling on Prime Minister Boris Johnson to be “more visible” on the diplomatic front.

The Prime Minister’s spokesman stressed that the issue was “a priority” for Boris Johnson, who “takes pride in what this administration is doing in the fight against global warming”.

COVID-19 | Reverend Jesse Jackson and his wife in the hospital

According to Olivier Véran, the Delta variant could “spoil the holiday” –