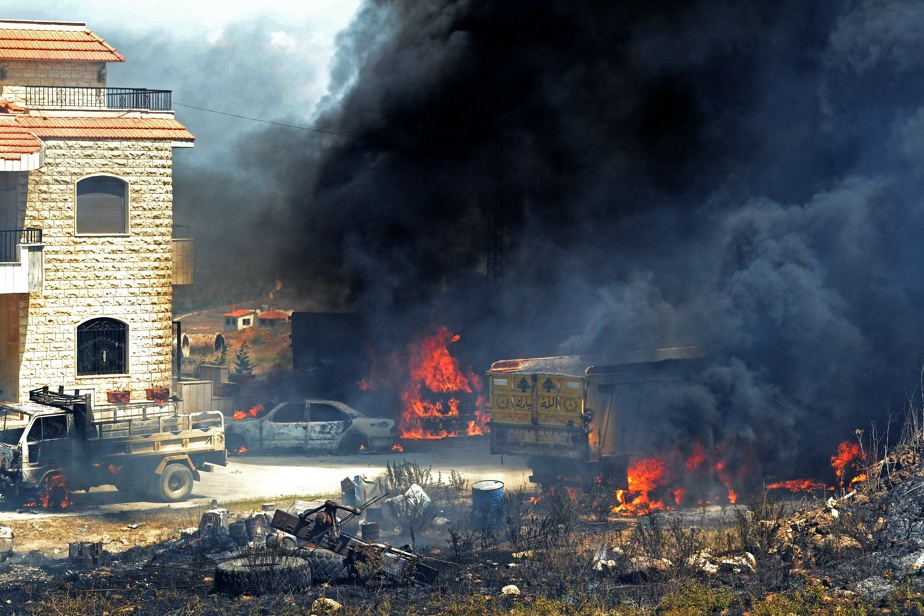 (Beirut) The Akkar region in troubled northern Lebanon was cut off from the world on Tuesday due to power and telecommunications outages due to a lack of fuel, two days after a gas tank exploded, killing more than 28 people.

According to the World Bank, Lebanon is going through one of the worst economic crises in the world since the mid-19th century.

The state electricity is now switched off for up to 22 hours a day. Electricity producers in the neighborhood, who normally take over, are also forced to ration electricity due to fuel shortages and rising prices.

Due to the lack of fuel, “several regions of Akkar are experiencing almost complete disruption of land and cellular networks, as well as the Internet,” reported the National Information Agency (ANI).

These cuts affected “the banking and financial sectors, manufacturing services, but also public and private institutions”.

In the same region of Akkar, a gas tank exploded on Saturday night, killing at least 28 people and injuring nearly 80, a tragedy that put pressure on an already breathless hospital sector.

“We only have 700 liters (fuel), which will last until tomorrow,” said Riad Rahal, director of Rahal private hospital, to the AFP news agency, fearing that his facility in Halba town may no longer be operational.

He assured that he had contacted several fuel suppliers. To learn they had to deliver to the switchboards first, he said.

The hospital center el-Youssef (CHY) is also looking for heating oil, according to Nathaline el-Shaar, assistant to the general administration.

“As of yesterday, the landline connections are out of order,” she told AFP.

In both Halba and Qoubayat, telecommunications were temporarily interrupted “because of the lack of heating oil,” said Imad Kreidieh, managing director of Ogero, a public telephone company and Internet provider.

“If the fuel crisis continues, what is happening in Akkar will spread to other areas. ”

A gas station was shot at in the southern suburbs of Beirut and there have been several arguments over bottlenecks or queues in recent weeks.

The ANI agency reported “wounded” without further details and reported on an army operation in which several of those responsible for the shooting were arrested.

According to a security source, people who stored their fuel in the gas station opened fire on the army, which has been searching for gasoline supplies for several days.

They started a fire on the station and accused the owner of warning the military, the source said.

Laschet calls on the Union to fight until the elections |