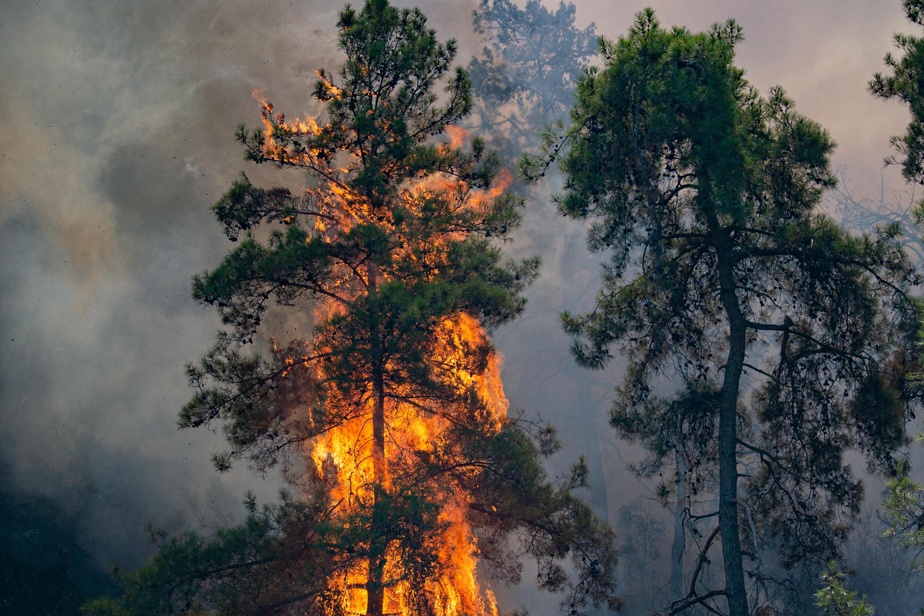 (Marmaris) The fires, which have raged in Turkey for a week, are approaching a thermal power station in Milas in the south of the country on Tuesday as thousands continue to be evacuated as the fires continue, killing eight people.

“If we can’t stop the fire with an air strike […], it will lead in the direction of the thermal power station. The situation is very serious, ”the mayor of Milas Muhammet Tokat was alarmed on Monday evening in a video that he shared on Twitter.

On Tuesday morning, the fire was still not under control and, according to Tokat, “passed the critical point”.

Turkey has suffered the worst fires in at least a decade, devastating forests and farmland, as well as inhabited areas on the Mediterranean and Aegean coasts.

An AFP team in the Aegean city of Marmaris saw farmers pull their animals out of burning barns and take them to a beach to keep them safe.

Terrified tourists and villagers were evacuated by boat as strong winds and heat spread the flames.

Temperatures above 40 degrees in several cities in Turkey also caused a record increase in electricity consumption, which led to power outages in major cities such as Ankara and Istanbul on Monday.

Of the 145 fires that broke out across the country within a week, nine are still active.

The European Union sent three depth bombers, two from Spain and one from Croatia, to help Turkey fight the fires.

Prior to the EU aid announcement, Turkey had borrowed planes from Russia, Ukraine, Azerbaijan and Iran.

But the country has suffered the consequences of the gradual disappearance of its own fleet of Canadairs in recent years.

The largest opposition party, the CHP (Republican People’s Party, Social Democrat), accused Turkish President Recep Tayyip Erdogan of dismantling the infrastructure of a semi-public organization that had held water bombers in the past and was responsible for fighting fires.

“I will cry with anger,” tweeted Mr Tokat on Tuesday, who had unsuccessfully asked for a bomber plane to be aimed at Milas during his numerous television interventions.

Elected by the CHP, Mr Tokat is one of a growing number of voices who are critical of Mr Erdogan for his handling of the crisis.

The president also angered many Turks on social media for throwing tea bags at confused residents when he visited the affected city of Marmaris with a heavy police escort last weekend.

Faced with growing voices on social media criticizing the government for inadequate intervention, the Turkish presidency’s communications chief Fahrettin Altun warned against “fake news” intended to give the impression of a “weak” Turkey.

Defense and interior ministers said they are also mobilizing their forces to help the more than 5,000 firefighters fight the disasters.

Police water cannons, which are normally used to break up protests, were also used in the fire zones, the Turkish police said.

Afghanistan | Biden does not “regret” his decision to withdraw US troops