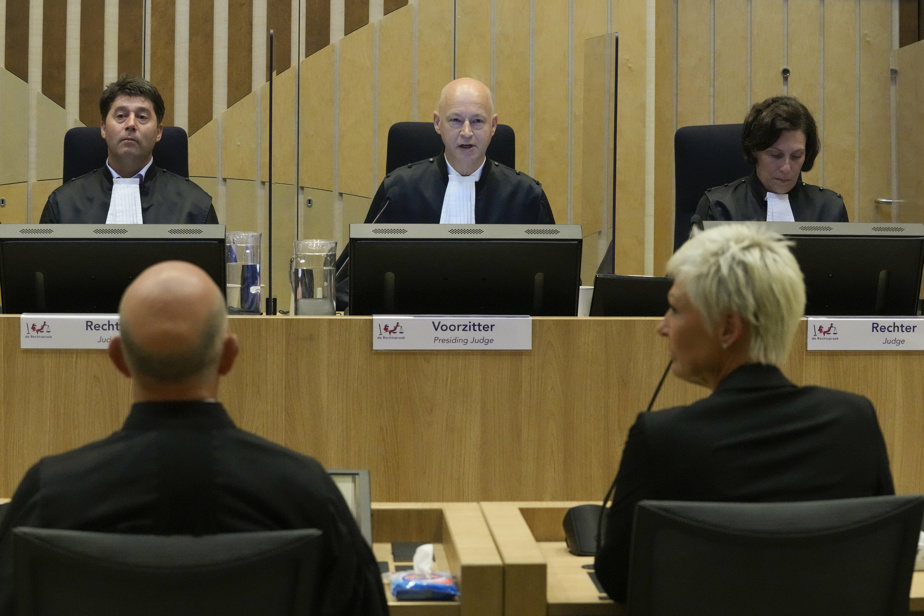 (The Hague) The families of the 298 people killed in the 2014 MH17 crash over Ukraine called for justice from Russia and testified on Monday in the trial of four suspects who were tried in absentia in the Netherlands.

The Malaysian Airlines Boeing 777, which left Amsterdam for Kuala Lumpur on July 17, 2014, was shot down over the area of ​​the armed conflict with pro-Russian separatists in eastern Ukraine. All 298 people on board, including 196 Dutch people, were killed.

Relatives of victims told the judges that they cannot really grieve until those responsible are brought to justice.

The international team of investigators, led by the Netherlands, discovered in 2018 that the aircraft was shot down by a BUK missile from the 53rd Russian anti-aircraft brigade based in Kursk.

The Netherlands and Australia have openly accused Russia of the deaths of their nationals. Moscow, for its part, has always vehemently denied any involvement in the crash and blamed Kiev for it.

“I am filled with feelings of revenge, hatred, anger and fear,” added the first person to testify among the victims’ families.

“I know you are dead and I will not see you again, but I cannot stop this farewell process, certainly until those responsible for your death are condemned for what you did”.

The Russians Sergei Dubinsky, Igor Guirkine and Oleg Poulatov and the Ukrainian Leonid Khartchenko, four high-ranking pro-Russian separatists from eastern Ukraine, are being prosecuted for murder by the Dutch public prosecutor’s office. Only Poulatov has a legal representative.

The Australian Vanessa Rizk, whose parents Albert and Maree took this flight after returning from their vacation in Europe, deserve those responsible “to be punished for their acts of hatred”.

“How would the perpetrators feel if they were loved ones? How would (Russian President Vladimir) Putin and his corrupt Russian government react? “, She started in the video link from Australia.

His brother James repeated it, saying that his parents were the victims of a conflict that did not concern them.

“Russia’s disinformation, lack of involvement and denials amaze me,” he said.

Around 90 relatives of the victims, both Dutch, Australian and Malaysian, are expected to speak in court in the coming days.

Chief Justice Hendrik Steenhuis reserved September 22, 2022 as a possible date for the judgment, but also named other dates in November and December of that year.

Hostages for 1000 days | Both Michael were released “for health reasons,” China says