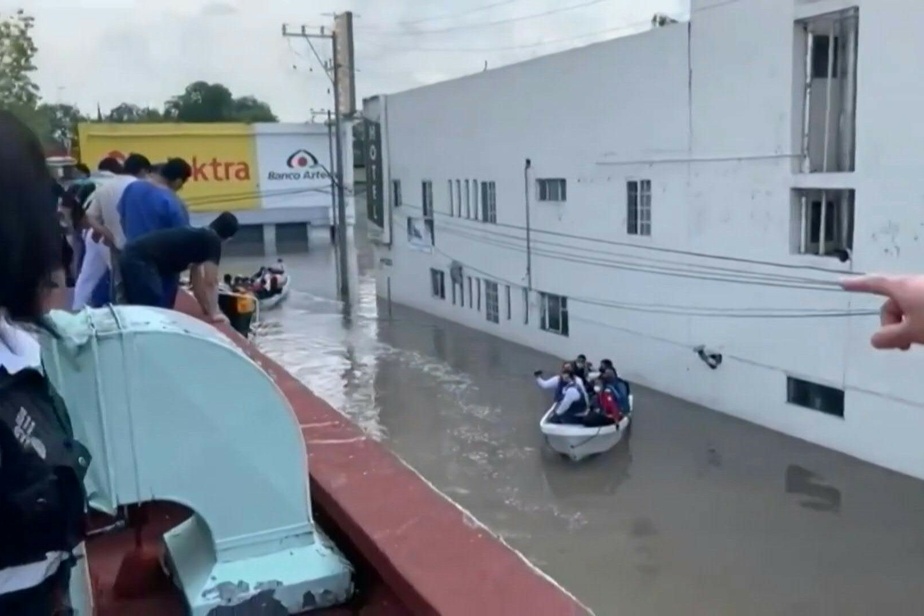 (Mexico City) At least 17 patients in a hospital in the state of Hidalgo in central Mexico have died in floods from heavy rains, the Mexican government announced on Tuesday.

“Yesterday’s rains in Hidalgo have flooded the Tula River, flooding the general hospital and killing 17 patients,” the government said in a Twitter message.

The Mexican President Andres Manuel Lopez Obrador (AMLO) complained on his Twitter account “the death of 17 patients from the social security hospital due to the flood in Rio Tula”.

Much of the country was hit by heavy rains, especially on Monday, which caused rivers to overflow.

In the message, accompanied by a video, Zoé Robledo, Director General of the Mexican Health Insurance (IMSS), which manages the hospital for victims of these floods, explains that 56 patients were hospitalized at the facility and that it was flooded in a few minutes which affects the operation.

“When the electricity in the church was cut [de Tula]”Oxygen is no longer being given to patients,” said Ms. Robledo, indicating that 40 patients had survived.

According to media reports, among the victims were patients with COVID-19 who were life sustaining.

Images released by local media show the hospital being flooded and medical staff moving stretchers through the water.

Authorities said the surviving patients were being transferred to other hospitals in the area.

Right to abortion | Hundreds of “women’s marches” organized on Saturday

$ 3.5 trillion plan | Manchin and Sinema, the two Democrats against Biden