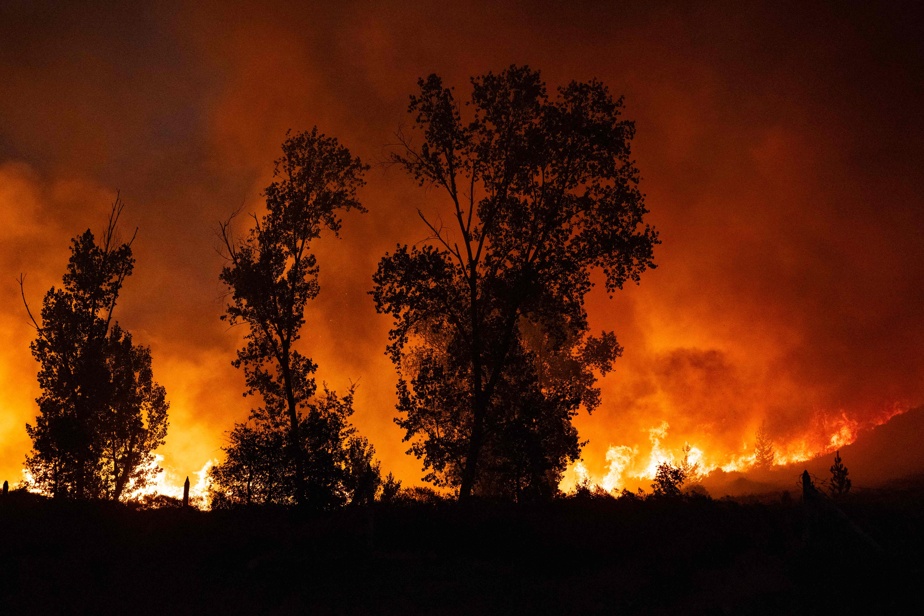 (Chefchaouen) Mobilization in Morocco will continue on Monday to control the fires that have already decimated more than 700 hectares of forest in three days, while the last still active outbreaks in neighboring Algeria appeared to be threatened with extinction, according to authorities the two countries.

In Morocco, more than 500 people, including firefighters and soldiers, are “still mobilized to overcome these fires,” the head of the National Center for Climate Risk Management in the forest, Fouad Assali, told the official MAP press.

About 725 hectares of forest near the tourist town of Chefchaouen have already been hit by the fires reported on Saturday, he said, adding that depth bombers have been mobilized.

Flames ravage a forest in the Chefchaouen region.

A heat wave has passed through Morocco since Friday with temperatures of up to 49 degrees and, according to the Meteorological Office, lasts until Tuesday.

According to local AFP journalists, the fires, which resulted in no deaths, declined on Monday. An investigation has been launched to determine its causes.

A rescue team in the Chefchaouen area

The Mediterranean basin has been hit by fires in the past two weeks, particularly in Greece, Turkey and Algeria.

In the latter country, around 90 people, including 33 soldiers, were killed in the fires or have been missing for a week, most of them of “criminal” origin, according to the authorities.

The Algerian President Abdelmadjid Tebboune has decided to provide the families of civilian and military victims with financial support amounting to one million dinars (US $ 9,300).

At the end of the day on Monday, Algerian civil protection units continued to fight 15 outbreaks in nine wilayas (prefectures).

On the other hand, all fires have been extinguished in Tizi Ouzou in Kabylia, the region hardest hit by the fires in northern Algeria, the civil defense said.

More than 41 fires have been extinguished in the past 24 hours, she added.

Aside from the significant damage to property and the lack of authority revealed in these fires, Algerians were particularly shocked by the lynching and the burn sacrifice of a man unjustly accused of pyromania.

According to local media, 49 suspects have already been arrested in the wake of the tragedy.

Global warming increases the likelihood of heat waves and droughts and thus also of fires.

Deadly explosion in Germany | Probable cause: an accidental chemical reaction