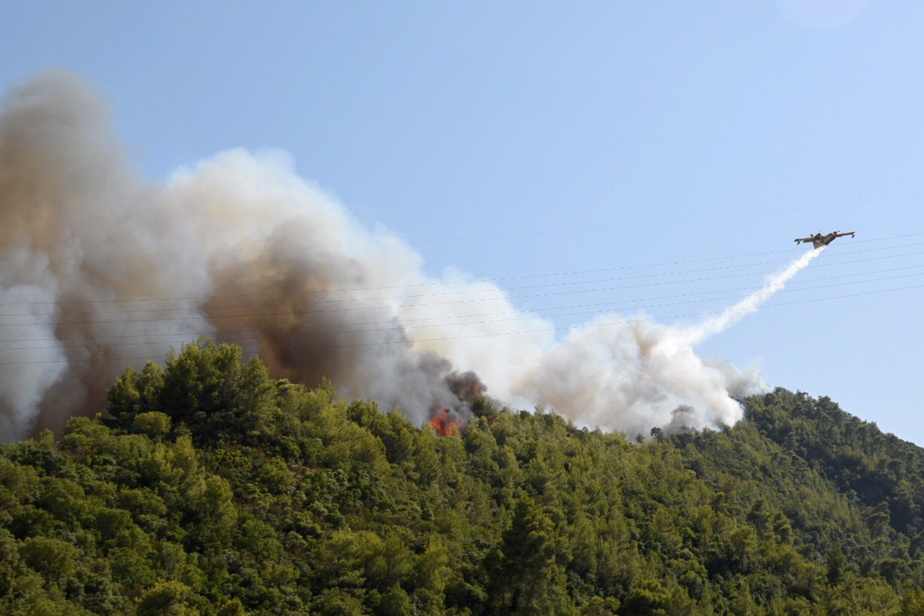 (Athens) In a major forest fire in the northwest of the Peloponnese, near the city of Patras, a dozen houses were burned down and five people were injured, according to a preliminary assessment by the Greek civil protection agency.

The five injured with breathing problems were transported to hospitals in the region, said the civil defense.

The hospitals of Patras and Aigio had been on alert since Saturday lunchtime to admit the wounded, as had the Coast Guard to rescue bathers who could be suffocated by smoke.

In this major fire, which broke out in scorching temperatures, five villages were evacuated.

According to the fire department, 145 firefighters, 50 trucks, 8 water bombers and helicopters were mobilized to fight this fire in the Zeria region.

Authorities sent warning messages on cellphones during the day on Saturday to warn residents of the need to evacuate the villages of Zeria, Kamares, Achaias and Labiri.

At the end of Saturday afternoon, the seaside resort of Loggos was also evacuated as the fire had spread towards the coast. The residents and tourists were transported by the port police to the port of Aigio, a few kilometers from the village.

The highway in the affected area and the Rio-Antirio bridge, which connects the Peloponnese with mainland Greece, have been closed to traffic, according to the Greek news agency ANA.

Dried up by the heat, Greek forests suffer from fires fed by strong winds every summer.

Greece has been exposed to a new heat wave since Friday, with temperatures between 42 and 44 degrees according to weather services.

A few days ago a fire devastated Mount Penteli near Athens.

In July 2018, 102 people were killed in the coastal town of Mati near Athens, the worst death toll in a fire in the country.

A Bayeux Prize in the “almost usual format” in October