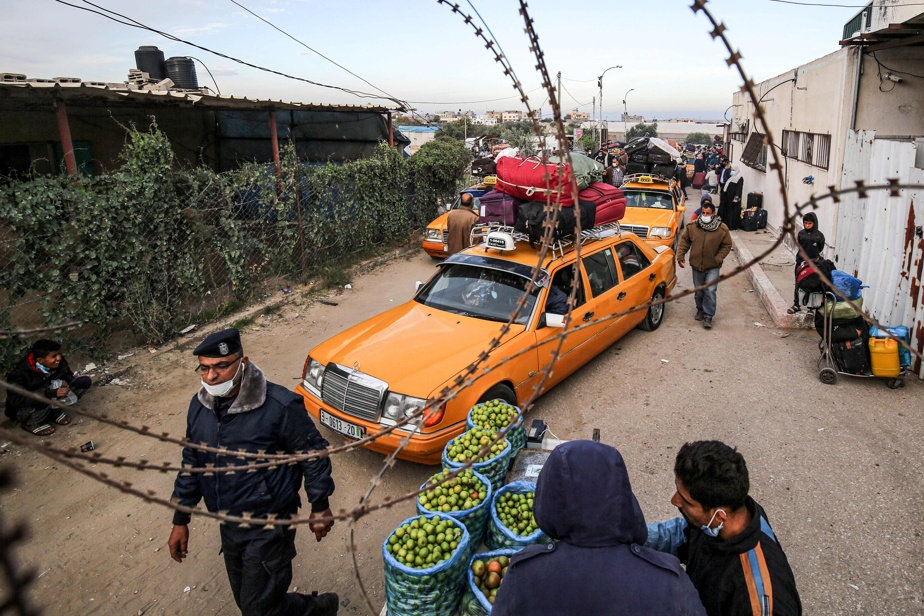 (Gaza) Egypt has informed the authorities in the Gaza Strip that it will close the Rafah crossing on Monday, a government spokesman for the Islamist movement Hamas in the Palestinian enclave said on Sunday.

Egypt has not made an official announcement on the matter, but Egyptian security sources have confirmed the closure, saying the border crossing will be closed until further notice, without giving further details.

The Rafah crossing is the only opening in the Gaza Strip that has been subject to an Israeli blockade for almost 15 years, to the outside world that is not controlled by Israel.

“We have been informed by the Egyptian authorities that the Rafah crossing will be closed in both directions tomorrow, Monday,” Iyad al-Bozom, a spokesman for Hamas’ interior ministry, said in a statement.

On May 20, Egyptian President Abdel Fattah al-Sisi opened the border crossing to send humanitarian aid and treat wounded Gazans during the 11-day war in May between Israel and armed groups from Gaza, including Hamas .

The next day, a Cairo-negotiated ceasefire was agreed to end this deadly blitzkrieg.

The decision to close the crossing comes after a weekend of violence between Israeli forces and Palestinian protesters at the border that separates the enclave from the Hebrew state.

More than 400 migrants rescued from the Mediterranean