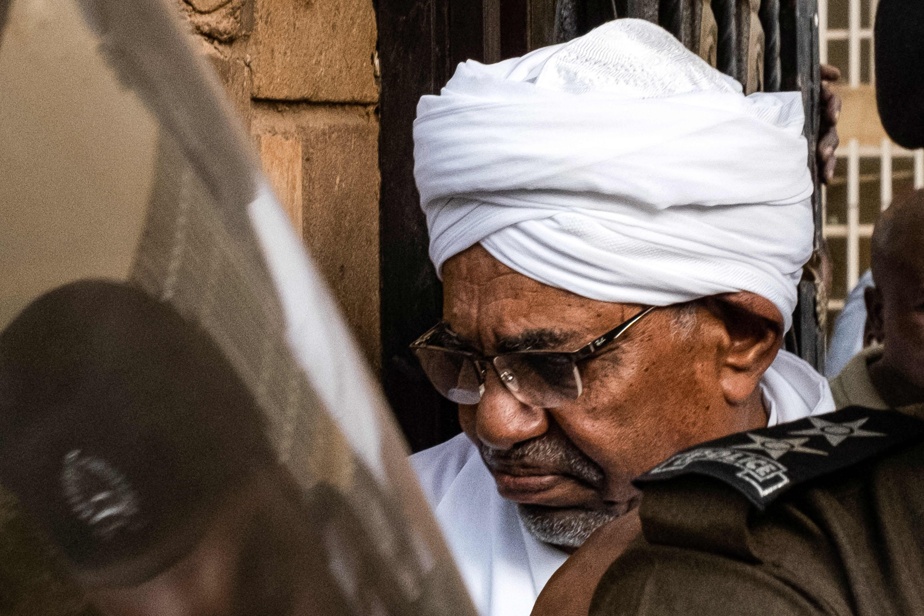 (Khartoum) Sudan announced on Wednesday its intention to recruit former autocrat Omar al-Bashir and two other leaders who have been charged for more than a decade for “genocide” and crimes against humanity during the conflict in Darfur. were charged with surrendering to the International Criminal Court (ICC).

In the early 2000s, the conflict in this western region turned the predominantly Arab regime of Mr Bashir against rebels from ethnic minorities who viewed themselves as marginalized. According to the United Nations, around 300,000 dead and nearly 2.5 million displaced people died, mostly in the early years.

“The Council of Ministers has decided to hand over the wanted persons to the ICC,” said Foreign Minister Mariam al-Mahdi, according to the official Suna news agency without specifying a date.

She spoke during a meeting with the new Attorney General of the Hague, Netherlands court, Karim Khan, on a visit to Khartoum.

The decision to hand Mr. Bashir over to the ICC has yet to be approved by the Sovereign Council, Sudan’s highest government body made up of civilians and the military.

As the daughter of former Prime Minister Sadek al-Mahdi, who was overthrown in a 1989 coup led by Mr Bashir, the Sudanese minister underlined the “importance” of working with the ICC “to achieve justice for the victims of the Darfur war.” “.

“Demands of the Revolution”

For its part, Washington welcomed, through its diplomatic spokesman Ned Price, “a major step forward for Sudan in the fight against decades of impunity”.

Omar al-Bashir, 77, was overthrown in April 2019 after 30 years of undisputed rule under the impetus of an unprecedented popular movement triggered by the tripling of the price of bread.

In February 2020, the military-civil transitional power established after his fall promised to advertise his appearance before the ICC, which issued arrest warrants against him and others more than ten years ago. , “War Crimes” and “Genocide” in Darfur.

The autocrat had repeatedly defied the court by traveling abroad without being arrested.

The ICC, unwilling to comment on the Sudanese decision, announced a press conference with Mr. Khan in Khartoum on Thursday at 4.30 p.m. local time (2.30 p.m. GMT).

The other two officials to be turned over to the ICC are former governor of South Kordofan state and former minister Ahmed Haroun and former defense minister Abdel Rahim Mohamed Hussein, who are wanted for the same reasons. They were arrested after Mr. Bashir was overthrown and detained in Sudan.

The ICC issued an arrest warrant for Mr Haroun in 2007, with 42 charges including murder, rape, torture, persecution and looting.

A historic peace agreement signed in October 2020 between the transitional government and several rebel groups insisted on the need for “full cooperation” with the ICC.

The Cabinet of Ministers voted last week to ratify the Rome Statute of the ICC.

Sudan’s Attorney General Mubarak Mahmoud said Tuesday after meeting with Khan that his office was ready to work with the ICC.

The UN special envoy for Sudan, Volker Perthes, said on Twitter that “the ICC can help set up a special tribunal for Darfur”.

Since Mr Bashir’s fall, several scenarios had been considered in order to assess him. In October 2020, Mr Hamdok proposed the creation of a “hybrid court” in Sudan, made up of judges from The Hague and Sudanese judges.

The ex-president, who was convicted of corruption in December 2019, is currently in custody in Kober prison in Khartoum.

He is also on trial in Sudanese courts for his role in the Islamist-backed coup that brought him to power in 1989, but his trial has been repeatedly postponed.

Here are the key dates for the ousted Sudanese President Omar al-Bashir, whom Khartoum is about to hand over to the International Criminal Court (ICC), which has charged him with genocide, crimes against humanity and war crimes during the conflict in Darfur for more than a decade.

Born in a rural family in Hosh Bannaga, north of Khartoum.

He takes power through an Islamist-backed coup against the democratically elected government of Sadek al-Mahdi.

He started his troops against a rebellion in Darfur (West). According to the United Nations, the conflict claims more than 300,000 deaths, especially in the early years.

After more than 21 years of civil war, he signs a peace agreement with the Southern Rebellion.

He is the subject of an arrest warrant from the International Criminal Court (ICC) for “war crimes” and “crimes against humanity” in Darfur, and in 2010 for “genocide”.

He was elected president in the first multi-party elections boycotted by the opposition. Re-elected in 2015.

After four months of a strongly suppressed popular protest movement, Omar al-Bashir was released from the army and imprisoned.

He is sentenced to two years in prison for corruption. Sudan is starting a criminal investigation against him for crimes in Darfur.

Opening of the process because of his role in the coup of 1989, postponed again and again.

Sudan has announced that it will hand Omar al-Bashir over to the ICC.

In June 2020, the head of the Janjaweed militia, a government auxiliary force accused of atrocities in Darfur, Ali Kosheib, surrendered after 13 years on the run from the ICC. He denied the allegations.