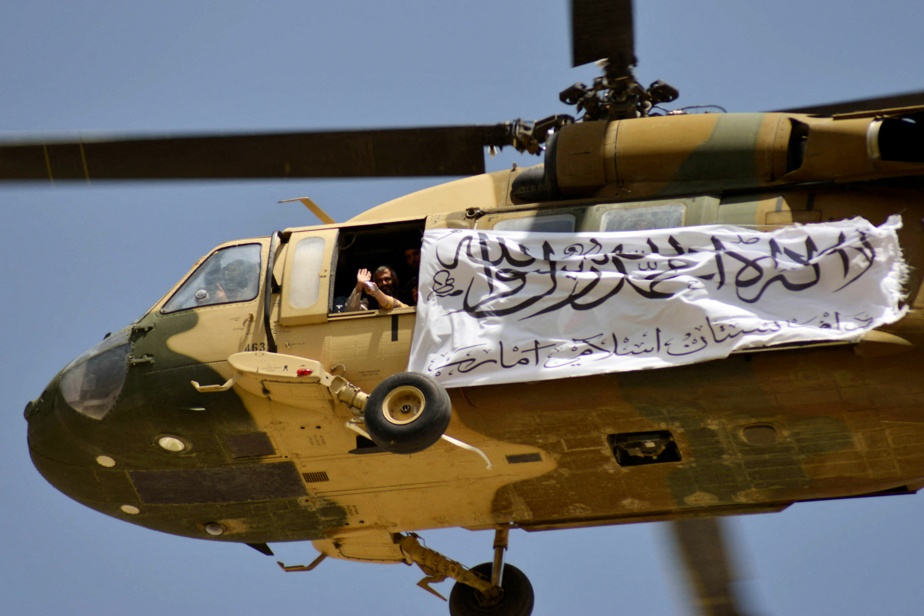 (Kandahar) On Wednesday in Kandahar, the spiritual cradle of the Islamist movement, the Taliban demonstrated military equipment that the US had donated to the previous Afghan government, which it had defeated after 20 years of war, possibly including a helicopter.

A long line of Humvees, American off-road vehicles, ran on a main road outside Afghanistan’s second largest city. Many of them carried white and black Taliban flags on their antennas.

Fighters have been behind the wheel of trucks used by U.S., NATO and Afghan forces during the 20-year conflict, while others boarded these vehicles in Ayno Maina on the outskirts of Kandahar.

At least one Blackhawk helicopter was seen in flight over the city, suggesting a former Afghan army pilot is in command.

Kandahar is the birthplace of the Taliban. They left the capital of southern Afghanistan in 1996 before quickly capturing the rest of the country, which they held until 2001, when they were ousted from power by an international coalition led by the United States.

The Taliban leader Hibatullah Akhundzada lives there, the movement announced on Sunday.

At Kandahar Cricket Stadium, white-bearded Taliban officials were seen drinking coffee in the shade of accommodations normally reserved for players and coaches.

Others, dressed in white, sat cross-legged on the lawn. Hundreds of fans were waiting in the stands.

Armed fighters in camouflage uniforms stood in front of the crowd.

“Our common enemy, who vowed to bring economic prosperity to our country, is unsuccessful,” said Maulvi Saqeb, recruiter for the Taliban movement.

“America not only attacked our young soldiers, America corrupted our media, it wiped out our culture, it trampled our economy,” he adds.

It was rumored that Mr. Akhundzada appeared in public, but he did not appear. Only the new governor of the area addressed the crowd.

Thousands of supporters flocked to the streets of Kandahar on Tuesday to greet the withdrawal of the last American soldiers from Afghanistan with a horn concert and “Allah Akbar” (God is the greatest).

San Marino | The population decides on the legalization of abortion

Countries remove compulsory masks in class in some cases |