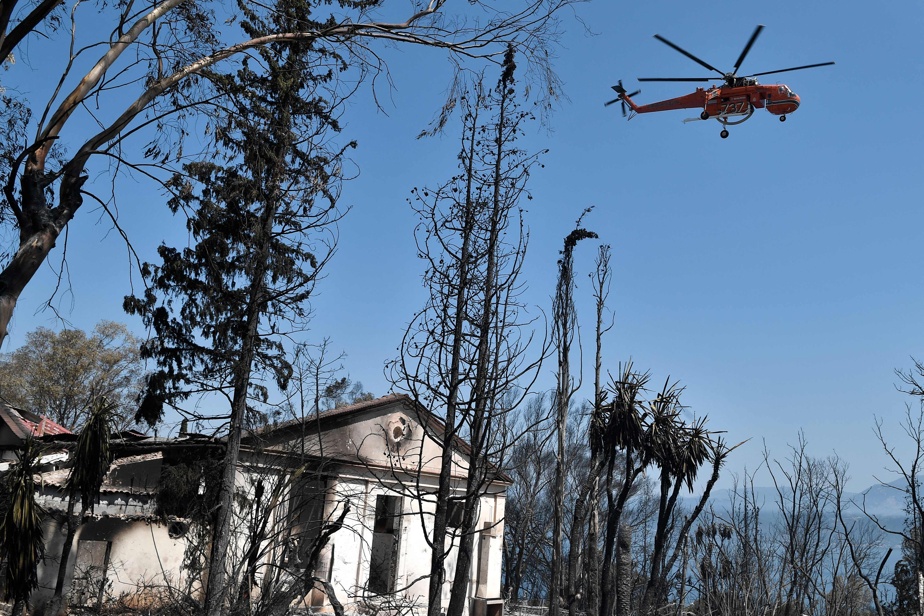 (Athens) According to the Greek civil defense, around 20 houses were burned down and eight people were injured in a large forest fire that lasted on Sunday in the northwest of the Peloponnese near the city of Patras.

The eight slightly injured with breathing problems and burns were transported to hospitals in the region, according to the same source.

In this major fire, which broke out on Saturday in scorching temperatures, five villages were evacuated and around twenty houses burned down, according to a preliminary report by the fire department.

At dawn on Sunday, almost 300 firefighters with 77 trucks, two water bombers and five helicopters were on the front line to put out the fire.

A firefighter at work in the village of Lampiri

According to the fire brigade, 58 forest fires have broken out since Saturday morning, most of which were quickly brought under control.

The fire also caused huge traffic jams and blocked motorists in their vehicles for hours. The main highway connecting Corinth to Patras was closed to traffic on Saturday, as was the Rio-Antirio Bridge, which connects the Peloponnese with mainland Greece.

Greece has been facing a new heat wave since Friday with temperatures between 42 and 44 degrees Celsius, according to the weather service.

Houses destroyed by fire in the village of Lampiri

Dry from the heat, the Greek forests experience fires every summer.

A few days ago a fire devastated Mount Penteli near Athens.

In July 2018, 102 people were killed in the coastal town of Mati near Athens, the worst death toll in a fire in the country.