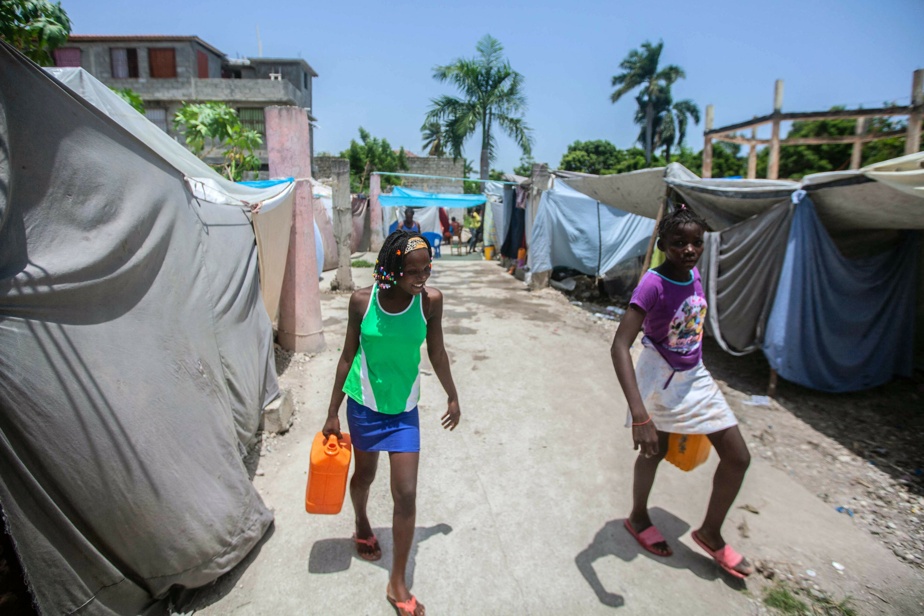 (Les Cayes) Ten days after the earthquake that devastated southwest Haiti and killed more than 2,200 people, victims vacillate between resignation and resistance, trying to cope with a lack of help every day.

“I’m slowly getting back to work,” says Edouard, a motorcycle taxi driver in the town of Les Cayes, near the epicenter of the earthquake that hit the country on August 14th.

“But so far we have not been calm because it is still shaking: there was a strong shock this morning,” he said. “I’ve been outside but that doesn’t stop me from walking.”

Traffic in downtown Les Cayes is in full swing and life in the southern department capital could seem normal if some of the back streets were not de facto condemned.

Traffic in downtown Les Cayes was in full swing on Monday.

Since the 7.2 magnitude earthquake, residents have spent the night outside, mostly on thin mattresses thrown on the floor in front of their former homes, which have been badly damaged, if not completely destroyed.

The Haitian authorities preach against regrouping of disaster victims, but every public place or free land in the city of Les Cayes is gradually being turned into an informal camp for the families of the victims who are in dire need.

Petrol stations with petrol are overcrowded with drivers and queues stretch out under the sun in front of the few open bank branches.

“We have to take to the streets again, even if we are victims,” testifies John, whose brother was killed in the collapse of their family home.

The young man, a seller of used cell phones, does not believe the authorities’ promises to help.

“You can send 100,000 trucks and the victims stay in the same condition,” he laments.

“Only a minority will get and the majority will get nothing because things are not done in order or discipline,” continues John, explaining that “the weakest cannot go to battle during the distribution” of aid.

On Friday, inexperienced people who came to Les Cayes to give water or food suspended their operations amid the disturbance caused by their actions, an AFP photographer found.