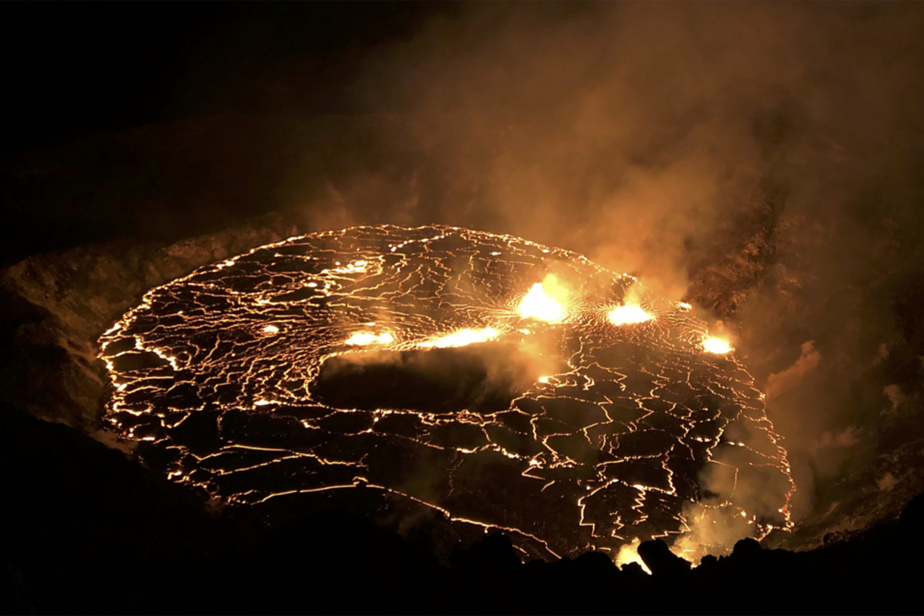 (Los Angeles) Kilauea volcano, one of the most active in the world, has erupted, but its lava protrusions remain limited to the central crater for the time being and do not threaten any inhabited areas, authorities said Thursday.

“Lava jets reach the height of a five-story building,” posted the American Geophysical Institute (USGS) on Twitter and supported a video.

On Wednesday afternoon, the first cracks appeared in the Halema’uma’u crater on the top of the volcano. They gave way very quickly to “lava fountains”, which at times exceeded a temperature of 1100 degrees Celsius, says the USGS.

The eruptions that have rocked Kilauea regularly since the 1950s have made it a popular tourist destination. Officials at Hawaii Volcanoes National Park, where it is located, have also begun mobilizing their staff to cope with the anticipated influx of visitors.

“We are preparing for increased attendance over the weekend when the information is in circulation,” Park spokeswoman Jessica Ferracane told the Honolulu Star Advertiser.

The eruption of Kilauea does not represent an immediate danger, but the USGS volcano observatory on site “continues to monitor the situation closely” because “the beginnings of an eruption are dynamic and uncertain,” according to the “institute”.

Kilauea is one of the five volcanoes on the island of Hawaii, the largest in this Pacific archipelago.

In 2018, an eruption in Kilauea destroyed several hundred homes. About 20 people who took a boat trip to see the magma flow into the sea were injured by a jet of lava, including one seriously.

How technology has changed the gaming industry –