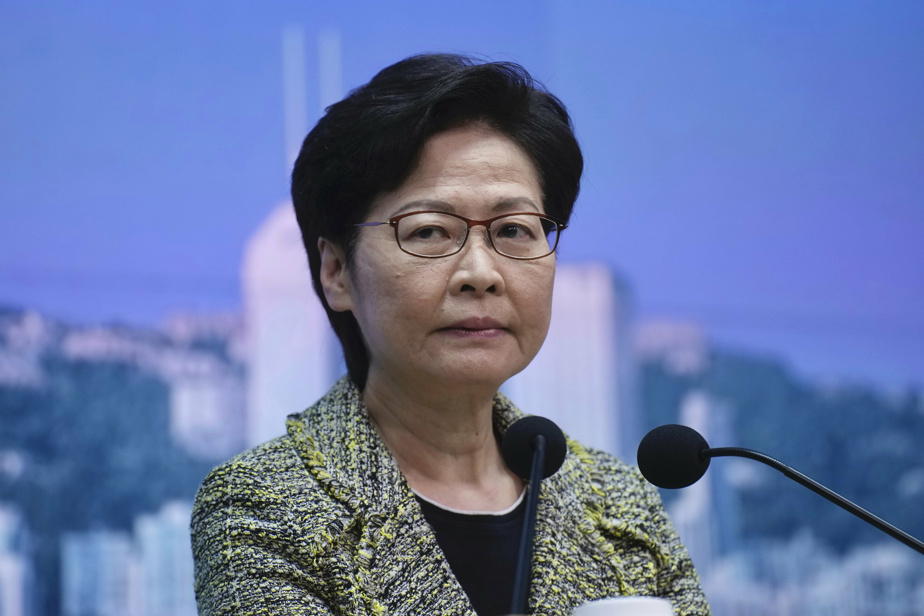 (Hong Kong) The Hong Kong head of government on Tuesday called on one of the city’s main legal bodies not to interfere in politics, signaling the government’s readiness to urge professional organizations to comply with the rules established by Beijing.

“If the Law Society allows politics to divert its legal appeal, the government will […] will consider breaking off relations with her, “Carrie Lam told reporters, without specifying what action the government might take.

His comments come as China reshapes Hong Kong according to its own image and persecutes civil society groups who are considered politically disloyal or support the city’s democratic movement.

With around 12,000 members, the Law Society is the city’s largest bar association and the only regulatory agency with legal powers.

She is due to elect five of the 20 board members next week, and pro-establishment lawyers fear more liberal and pro-democratic lawyers will be elected.

On Sunday, the People’s Daily, the governing body of the Communist Party of China, warned the Law Society against voting for “anti-Chinese elements” and urged them to opt for “professionalism over politics.”

In the same comment, the People’s Daily called the Hong Kong Bar Association, which represents lawyers, a “street rat”.

Some figures in the legal community have expressed their concern after the CEO has said.

“‘Politicized’ appears to be the government’s new code name for non-pro-government candidates who win a majority on the Law Society’s board of directors,” Hong Kong lawyer Antony Dapiran commented on Twitter.

Since the massive protests for democracy that rocked Hong Kong two years ago, China has taken action against disagreements and led a campaign to eliminate people and groups deemed unpatriotic.

About 30 professional and political groups were disbanded last year, often after being identified by Chinese state media and subsequently investigated by the authorities.