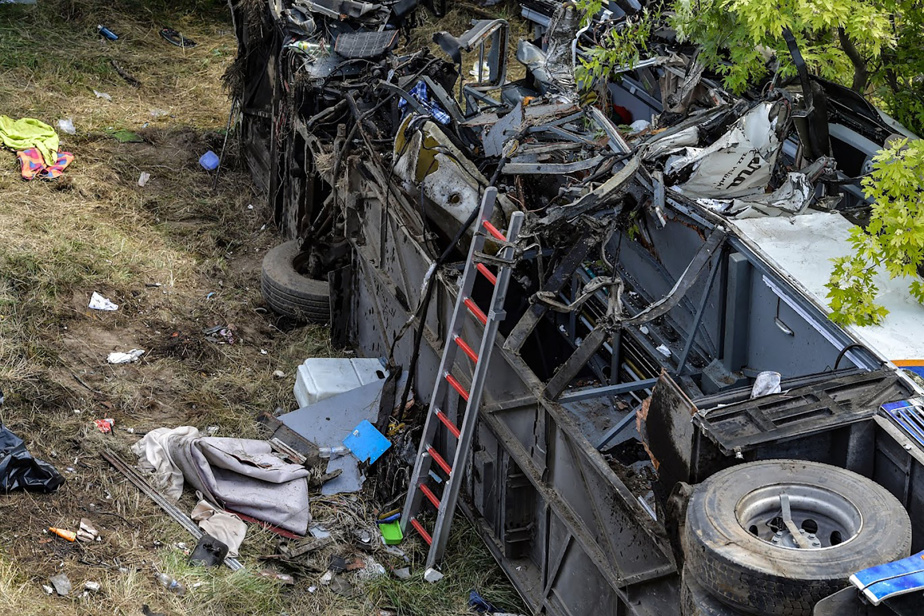 (Budapest) Eight people were killed in a bus accident on the motorway 70 km southwest of Budapest on Sunday at dawn, the Hungarian police said on their website.

According to the same source, the vehicle registered in Hungary, which carried about fifty passengers, crashed against the post of a viaduct overlooking the street at around 4.55 a.m. local time for reasons that are still unexplained.

Eight other passengers were seriously injured and 40 others were slightly injured, according to a new report by the MTI news agency. They were evacuated to hospitals in the region and the capital.

At this point in time, no information was given on the nationality, age and identity of the victims.

According to pictures published by the rescue services on the social network Facebook, the vehicle overturned in the ditch.

Firemen swiftly intervened to evacuate bloody passengers stranded on the gutted coach as the seats were thrown out under the force of the shock.

“You came back from a day trip to Croatia,” said a driver present at the scene of the accident who was questioned by the information website Index.hu.

“When we saw what had happened, we were the first to stop to help save them,” he said, describing a “terrible scene”.

Family Minister Katalin Novak expressed her “condolences to the families of the victims” in a message on Facebook and called for caution on this busy weekend on the streets.

Among the most recent serious road accidents in Hungary in 2003, 33 people died in a collision between a train and a German tourist coach in Siofok, a coastal town 100 km southwest of Budapest on the shores of Lake Balaton, in one of the most touristic regions in the country.

Report: Taliban allow more than 200 people to leave the country |