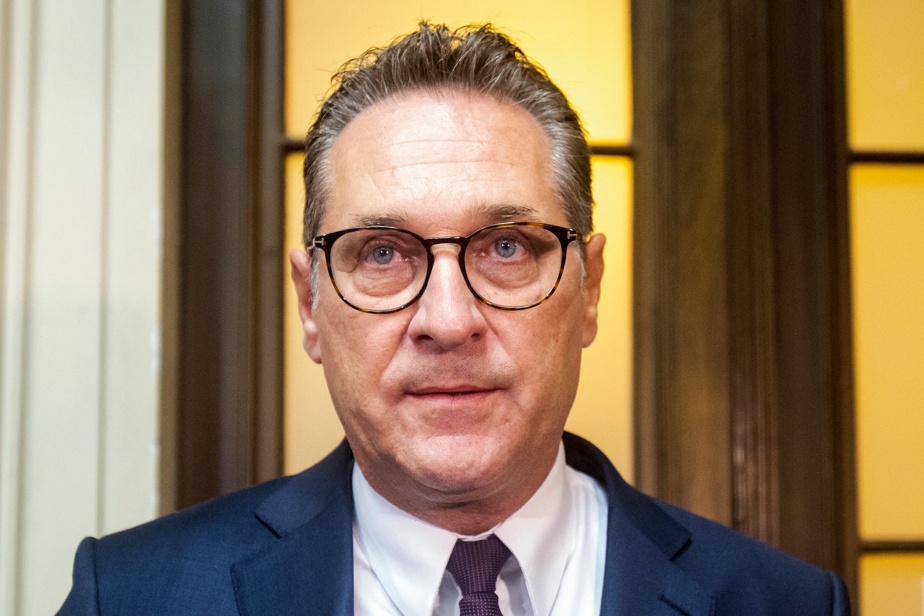 (Vienna) The former Austrian right-wing extremist, who fell out of favor two years ago, was sentenced on Friday by the Viennese court to a 15-month suspended prison sentence in a corruption case in connection with the Ibizagate scandal.

Heinz-Christian Strache was found guilty of working for one of his relatives in exchange for donations to his party.

“The chronology of events leaves no room for doubt,” said Judge Claudia Moravec-Loidolt after the trial, which took place over four days in July before resuming this week.

On leaving the court, the 52-year-old defendant in a dark suit and burgundy tie said he was “shocked” by what he called a “miscarriage of justice”. He is about to appeal, according to his attorney.

The former president of the powerful Freedom Party (FPÖ) and vice chancellor saw his fate change in May 2019: A video shot two years earlier on the Spanish island of Ibiza then went to the press.

Filmed with a hidden camera, he offers a woman posing as the niece of a Russian oligarch, public contracts in exchange for electoral support.

The sequence seems like an explosion that causes the collapse of the coalition between the FPÖ and the conservatives of Federal Chancellor Sebastian Kurz and early elections in the Alpine state.

On the legal front, the episode led to extensive investigations against several influential officials.

In this context, Mr. Strache’s cell phone is confiscated and the investigators discover compromising text messages.

According to the prosecutor, he intervened to change the law to include a private clinic with social security. Legislation will eventually be changed once the far right comes to power so that the body can receive public funding.

In return, the head of this clinic, Walter Grubmüller, is accused of having made two donations to the FPÖ totaling 12,000 euros. In turn, he received a twelve-month suspended sentence.

“The perceived benefits are irrefutable,” argued prosecutor Bernhard Weratschnig during the hearing. “Every euro is one euro too much,” he emphasized, emphasizing that public officials should be above suspicion.

“I acted out of deep conviction to redress an injustice”, defended the former Vice Chancellor and denied the allegations “vehemently”.

Heinz-Christian Strache was also suspected of having received an invitation to Corfu from Mr. Grubmüller to thank him for his services, but was acquitted of this accusation.

Since his resounding resignation in the wake of the scandal, other revelations have come that overwhelm the former number two in government.

Strache is accused of having embezzled more than half a million euros from FPÖ funds to finance his luxurious lifestyle in his 14 years at the head of the party.

He claimed to be the victim of a defamation campaign and tried unsuccessfully to return to the local elections in Vienna in October 2020.

The FPÖ, undermined by divisions, for its part fell from 26% at the polls in 2017 to only 16% in 2019. It recently had a new leader, former Interior Minister Herbert Kickl, known for his anti-Islamic rhetoric and migrants.

The fight stayed on for a long time, and Chancellor Sebastian Kurz, who has since formed an alliance with the Greens, was brought to justice in May.

The ambitious “child prodigy” is the target of an investigation into suspected false testimony before a parliamentary commission of inquiry into corruption, which was set up after the Ibizagate.

The 35-year-old leader denies any wrongdoing and refused to resign himself on charges.

Tesla, an iPad with a car according to the boss of Alpha Romeo