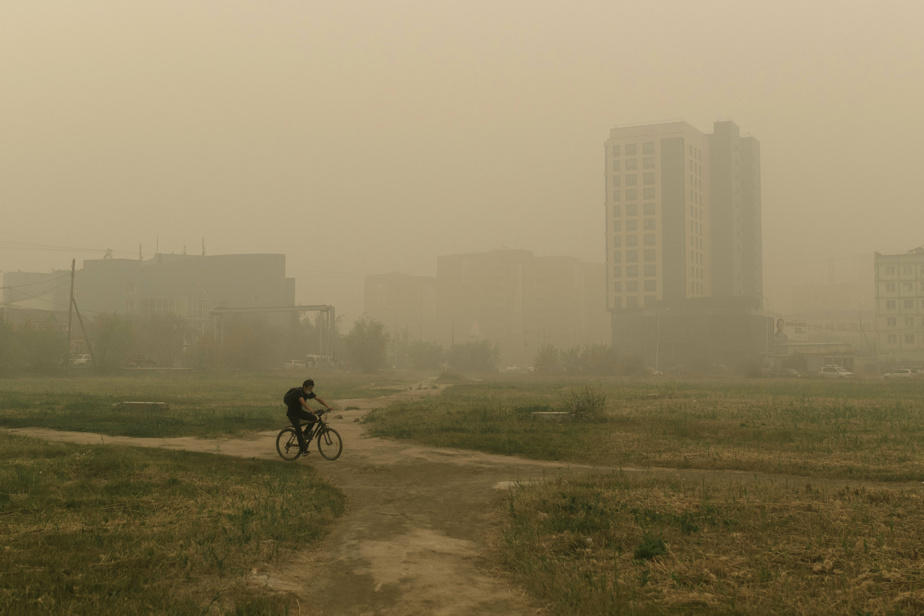 (Yakutsk) The Siberian Republic of Yakutia, which has been ravaged by devastating forest fires for weeks, faced thick smoke on Friday, which is of concern to its residents, noted an AFP journalist.

If Siberia experiences major fires every year, these are particularly virulent this summer and, according to official information, have already devastated more than 16.6 million hectares, especially in Yakutia.

In Russia’s vast but sparsely populated region, 9.4 million hectares went up in smoke, more than the size of Portugal, and authorities were forced to declare a public holiday on Friday because of the smoke from the fires.

“The situation is very bad, there is a lot of smoke and it is difficult to breathe,” Yevguénia Boubiakina, an 87-year-old resident of the regional capital of Yakutsk, told AFP.

The Russian Ministry of Emergency Situations, the head of which arrived in Yakutia on Thursday, announced that it had hired a special operations center to fight fires in the region, which is almost five times the size of France.

More than 5,000 people, firefighters and volunteers, are currently fighting the fires in Yakutia, where Russian President Vladimir Putin ordered on Tuesday that efforts to bring them under control should be stepped up, according to the ministry.

The US space agency NASA reported Saturday that the smoke “traveled over 3,000 km to reach the North Pole, which appears to be a first in documented history”.

In the Chelyabinsk region in the Urals, the authorities announced that they had found above-average levels of hydrogen sulfide due to the smoke from Yakutia, 3,800 km to the northeast, and advised the population to close their windows at night.

In late July, firefighters and officials meeting on-site from AFP said they lacked the men, equipment and other resources to deal with the scale of the fires.

Environmentalists are questioning Russia’s forest fire-fighting policies, including a 2015 government decree allowing local authorities to ignore fires if the cost of extinguishing them exceeds estimated damage.

Allegation of sexual misconduct | Andrew Cuomo could face charges if a complaint is found to be well founded, Sheriff says

Pill instead of vaccine? (advanced research) –