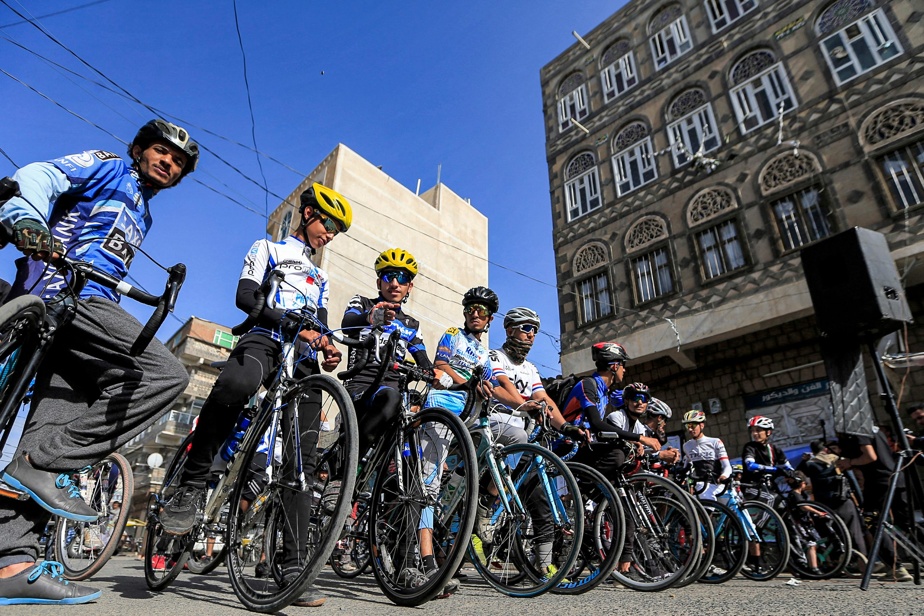 (Sana’a) Dozens of Yemeni cyclists took to the streets in Sana’a on Wednesday with a common goal: to spread a message of peace in a country that has been plagued by war for more than seven years.

In the capital, cyclists are preparing for the 320 kilometers that separate them from Saada Province, a Houthi rebel stronghold further north and one of the regions most severely damaged by the war.

In the busy streets of the rebel-controlled capital, Mohammed al-Jidadi checks his pedals before he sets off with around 40 other people.

Nearby, another cyclist inflates his tires while a third young man lifts his bike and pretends to play the guitar.

“We are going to Saada to spread a message of peace,” Jidadi told AFP.

The war between government troops and Houthi rebels since 2014 has plunged Yemen, already the poorest country on the Arabian Peninsula, into the world’s worst humanitarian crisis, according to the UN.

According to various humanitarian organizations, the conflict has displaced millions of people. Around 80% of the 30 million people who are exposed to an increased risk of epidemics and hunger depend on international aid.

Many schools, factories, hospitals and shops have since been destroyed or closed.

Cyclists hope their trip will breathe new life into the country, where hopes for peace have faded almost three years after an agreement reached in December 2018 under the auspices of the United Nations.

“Our message to the world is that there is a sport for peace,” said cyclist Mohammed al-Harazi to AFP.

“We don’t want cycling to be limited to one province, and we want to send the message to all provinces that cycling should reach all nations.”

For these cyclists, this message of peace is more important than ever.

America’s longest war is over |