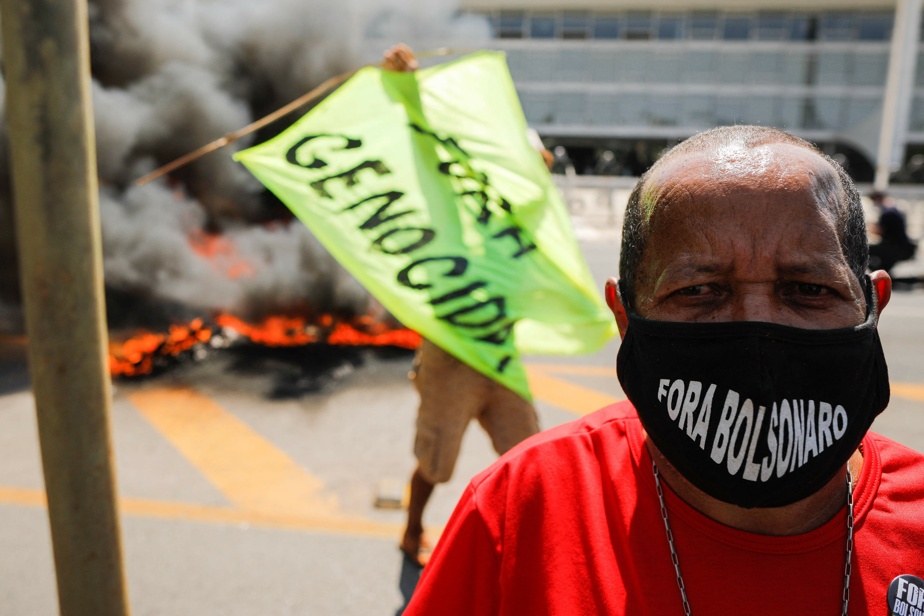 (Brasilia) Illegal mining in Brazil increased 495% in indigenous reserves and 301% in protected areas between 2010 and 2020, according to an independent study published Monday.

The MapBiomas collaborative platform, which relied on satellite imagery and data generated by artificial intelligence, also showed that mineral extraction – legal and illegal – had increased almost six-fold in Brazil between 1985 and 2020, 72.5% of which in the Amazon alone.

“When we cross the information about the countries whose ore is mined with the indigenous reserves and protected areas, we are surprised at the amount of ore (mined) in the forbidden areas,” said Pedro Walfir, professor at Pará Federal University, one the coordinators of this study.

Gold mining is prohibited on indigenous land and almost always in protected areas in Brazil.

According to Mapbiomas, 40.7% of the land on which illegal gold panning is generally carried out on a craft scale is in protected areas (including nature parks). And 9.3% are on indigenous land, most of which are concentrated in the reservations of the Kayapo and Munduruku ethnic groups in the Amazonian state of Pará (north).

Eight of the ten protected areas most affected by illegal gold panning, mainly gold mining, are also in Pará state.

These activities are very harmful to the environment, because the “Garimpeiros” use mercury to separate the gold, which then pollutes the rivers, concentrates in the fish meat and contaminates the local population.

These data confirm the acceleration of environmental damage in Brazil, which covers 60% of the territory of the vast Amazon.

The destruction of the natural environment has accelerated since President Jair Bolsonaro took office in January 2019, with the number of fires and deforested areas increasing significantly.

The right-wing extremist president calls for indigenous land to be opened up to mining and agriculture in particular. The government, which is strongly supported by the powerful agricultural lobby, is currently trying to pass various bills through parliament.

During the past week, thousands of indigenous peoples from a hundred tribes have camped in central Brasilia to defend their land in the face of Mr Bolsonaro’s “anti-environmental agenda” and to march before the Supreme Court which is awaiting a long awaited verdict on theirs ancestral lands.

Laschet ahead of Macron’s visit: doing more for Europe’s security |