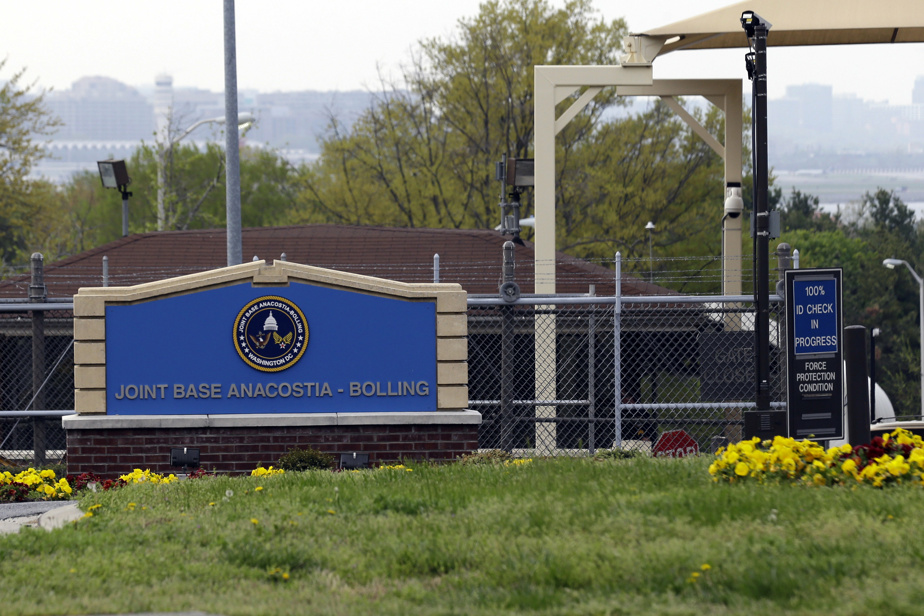 (Washington) A military base in Washington DC, the US capital, was jailed for about thirty minutes Friday after a possible gunman was seen at the scene.

Local police reported that gunfire had previously been heard in nearby streets and that the shooter had entered the base.

Several conflicting pieces of information circulated before it was finally decided to find a man with rasta braids, blue or green pants and a white sweater.

One suspect was eventually arrested and turned over to the police. The containment was canceled around 3 p.m. local time.

Washington DC police said officers responded to gunfire allegedly heard near the base when the suspect walked into the compound. The police do not report any victims.

The base is in the southeastern part of Washington. Air force, navy and coast guard units are deployed there. It also houses the offices of the Naval Criminal Investigative Service and the headquarters of the Defense Intelligence Agency.

The helicopters that transport the President and Vice President of the United States are also located on this base.