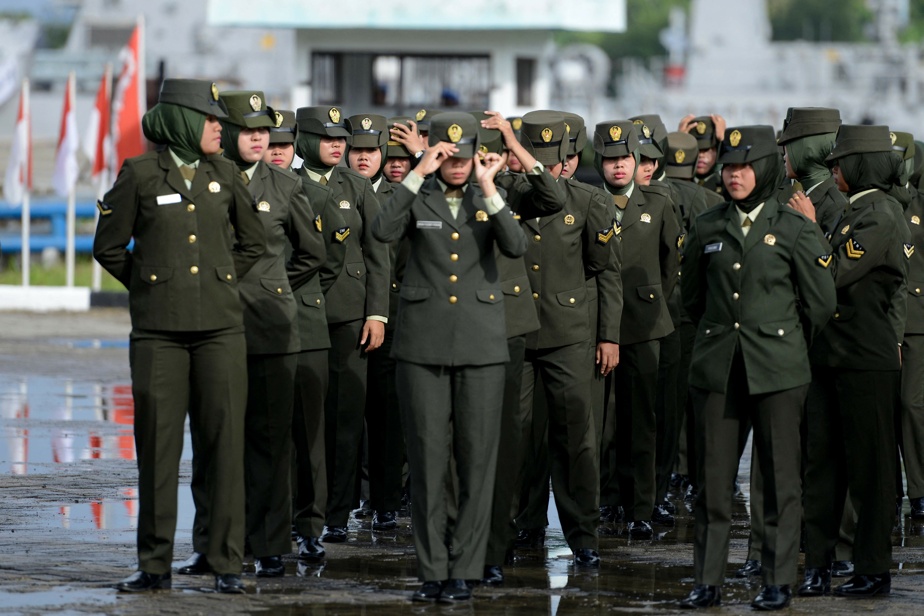 (Balikpapan) The Indonesian army has put an end to the “virginity tests” of the women it has recruited, said chief of staff Andika Perkasa on Thursday after NGOs called for an end to this “painful and degrading” practice.

“It used to be part of the assessment (for female recruits), but we don’t do it anymore,” he told reporters in Balikpapan, a town in the Indonesian part of Borneo Island.

“The military is always trying to learn and improve,” he added.

The military authorities have long assured that the “two-finger tests” were necessary to check whether the recruits’ hymen were intact, in order to exclude candidates whose sexual behavior they believed could endanger the image of the army.

However, the World Health Organization (WHO) assures us that these tests have no scientific value and do not allow us to determine with certainty whether a woman has already had sex.

These invasive tests, which could also be carried out on fiancés of soldiers before marriage, have also been completed, said the chief of staff.

The National Commission on Violence Against Women welcomed the announcement, but called on the military to issue written regulations on the issue and the Navy and Air Force to follow suit.

“We have to ensure that ‘virginity tests’ are abolished,” said Theresia Iswarini, head of the commission, on Thursday.

“This test is discriminatory and intrusive. It can cause victims to feel shame, fear, and trauma.

The NGO Human Rights Watch, which has denounced this practice for several years, also welcomed this change.

“Virginity tests are a form of gender-based violence and a highly criticized practice,” noted the NGO, which notes that “all Indonesian army agencies have been using them for decades to test female recruits.”

A petition on Change.org denouncing a “painful, humiliating and unscientific basis” practice has garnered around 70,000 signatures.

Belarus | Alexander Lukashenko inflexible after a year of repression

Ethiopia | Humanitarian aid arrives to address the famine in Tigray. to counteract

Apple and Google’s monopoly on apps threatened by a bill