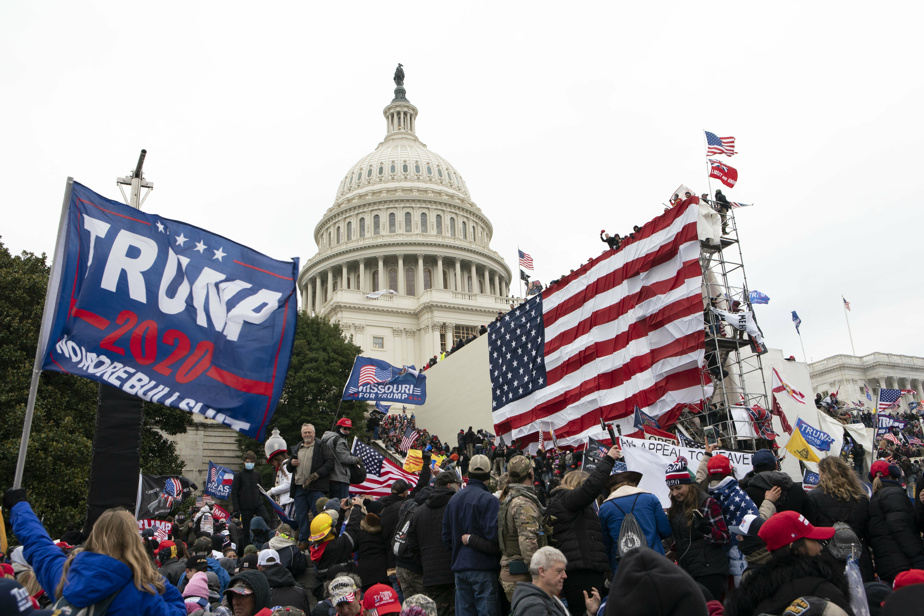 Trump’s lies about Joe Biden’s victory are like “poison spreading in the body” of American politics, says Peter Wehner, White House speechwriter under three Republican presidents – Ronald Reagan, George HW. Bush and George W. Bush – and author of The Death of Politics: How to Heal Our Frayed Republic After Trump. La Presse spoke to him.

Q. You say that no President of the United States has been such a dominant figure for his party after leaving the White House – and especially after just one term. Why is it different with Trump?

A. When a president leaves the White House, he usually doesn’t try to attract attention and often avoids criticizing his successor, at least for a while. Trump always wants to be the center of attention with his narcissistic personality, which is why he criticizes and conducts interviews.

The personality cult that Donald Trump has created is unusual for the United States. The Republican Party is an angry party, the emotions are high and Trump is encouraging and taking advantage of this situation. Personally, I am more concerned about “Trumpism” than about Trump. Surveys show us that people identify less and less with Trump, but identification with the undemocratic impulses associated with Trump remains very high. In short, even when Trump is gone, the poison has spread throughout the body.

Peter Wehner, White House speechwriter under three Republican Presidents – Ronald Reagan, George HW Bush, and George W. Bush, researcher at the Center for Ethics and Public Policy in Washington, and author of The Death of Politics: How to Heal Our Frayed Republic After Trump card

Q. You say you are concerned about a possible increase in political violence in the United States …

A. Much of the American right is increasingly comfortable with violence as a political tool, a means to achieve its ends and defeat those it sees as its enemies. A recent poll by the American Enterprise Institute, which has conservative affinities, shows 39% of Republicans believe that the people should use violence when elected leaders fail to protect America. Meanwhile, Trump reiterates that Joe Biden’s victory is the “crime of the century,” that the elections were rigged and stolen by people who want to destroy our country and our children. If that’s your state of mind, if you think the other side is trying to destroy you, then you start to see political violence as a tool. I believe violence is a more likely scenario than most people imagine. I am not convinced that the January 6th attack on Capitol Hill was an isolated incident. Many people who participated in this attack saw themselves as patriots and believed that they were acting out of love for their country and showed no remorse.

Q. Do you think all of this is inevitable? Is there a way for the Republican Party to break away from heated rhetoric and return to a more traditional political game?

A. In the short term, I believe the Republican Party is lost. It is the party of “Trumpism”, lies and conspiracy theories. If you go to a major Republican event and state that Joe Biden is the rightful president and we need to recognize him, you will be booed. And when you say the elections have been rigged and Trump is the real president, you will get applause.

What can be done It would be nice if there were leaders denouncing what is happening. Many elected Republicans believed Trump’s lies accompanied him. No ! Trump is gone and the situation is worse. I’ll come back to this: the poison has spread throughout the body. It is not out of the question that we may view the last two years of Trump’s presidency as a period of moderation, a period of reluctance when his supporters were reassured to see him at the helm of the country. Now we are living this nihilistic moment where anything is possible.

For now, the Republican elite are not convinced that “Trumpism” is a bad strategy – and they are probably right, at least in the short term. I believe the only thing that can make a difference is for the Republican Party to go through two or three epic electoral defeats, like the Labor Party before Tony Blair or the Democratic Party before Bill Clinton, and those stabbing defeats go to the party to change. .

Armenia “ready” to discuss re-establishment of relations with Ankara