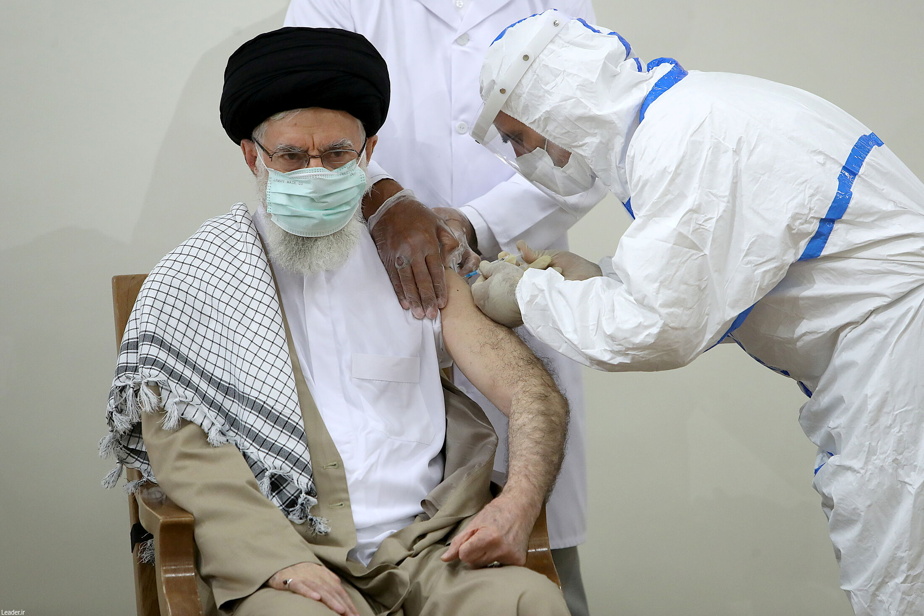 (Tehran) Iranian Supreme Leader Ayatollah Ali Khamenei said Wednesday the fight against COVID-19 is an “urgent” priority and called for an accelerated vaccination campaign in this country hardest hit by the Middle East pandemic.

The infections have risen sharply since June, with the authorities assuming a “fifth wave” caused by the highly contagious Delta variant.

“Today the coronavirus is the top priority and the most pressing problem for the country,” said Khamenei in a televised address devoted to the pandemic.

“More efforts need to be made to both import and locally manufacture vaccines,” added the Supreme Leader.

Financially at the throat with US sanctions reintroduced in 2018, Iran says it is struggling to trade with foreign countries to import vaccines for its 83 million or so people.

The Iranian authorities have approved the emergency use of two locally made vaccines, including VOCiran Barakat, which remain in limited quantities.

More than 13.8 million people have received a first dose of the vaccine while 3.7 million have received the two necessary injections, the Ministry of Health said on Wednesday. The main vaccines used in this campaign were Sputnik, Sinopharm, Bharat and AstraZeneca.

At the end of June, Ayatollah Khamenei received a first dose of the vaccine of Iranian design and manufacture COViran Barekat, which was developed by the Foundation of the Imam Order, an important semi-public institution.

In January, the Supreme Leader banned imports of anti-Ovid vaccines made in the United States and the United Kingdom because he believed they were not “trustworthy”.

“The problem is partly because the population does not respect health measures,” said Khamenei on Wednesday, calling on the public to be cautious about relieving overburdened medical centers.

Zimbabwe | A generation made by crystal meth. was wiped out