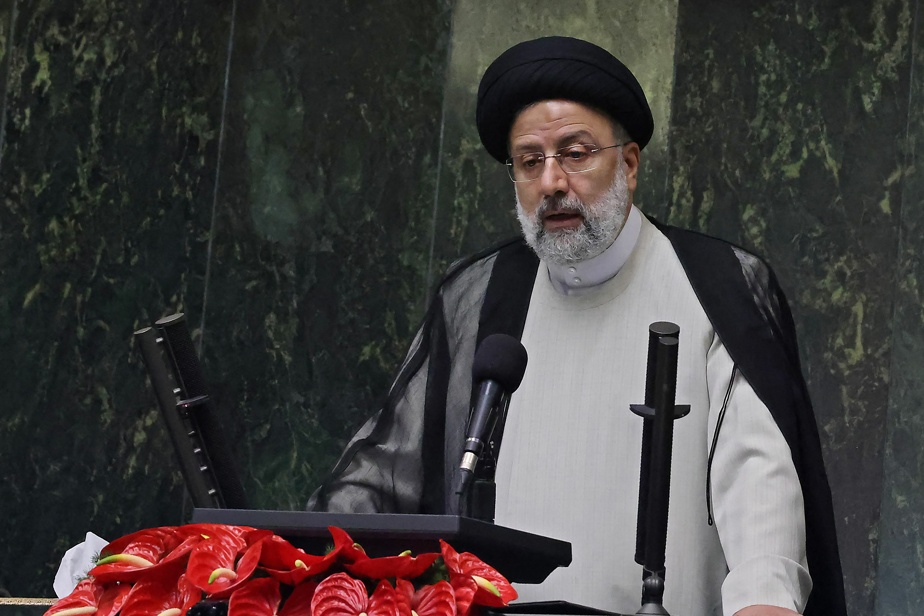 (Brussels) Iran stands ready to resume negotiations on the nuclear deal and talks could resume in Vienna in early September, a senior EU official said on Saturday.

The EU negotiator responsible for the Iranian nuclear dossier, the Spaniard Enrique Mora, attended the inauguration of the new Iranian President, the ultra-conservative Ebrahim Raïssi, in Tehran on Thursday.

“Enrique Mora traveled to Tehran in his capacity as representative of Josep Borrell, Head of European Diplomacy and Coordinator of the Joint Committee of the JCPOA, which was concluded with Tehran on its nuclear activities in 2015,” said the senior official.

“He asked to speak about the JCPOA and his interlocutor-designate was Hossein Amir Abdollahian,” who could become the new head of Iranian diplomacy, he said. “His conversations were very useful because they enabled him to convey messages, particularly concerns about Iranian nuclear activity in recent weeks.”

“The Iranians have pledged their readiness to resume talks in Vienna as soon as possible, based on the text that was on the table when they were suspended on June 30,” said the senior European official. “The Iranians have told him that they are ready to return to Vienna, but they don’t want to discuss, to discuss. They want an agreement, they want a success ”.

Immediately after leaving Tehran, Mr. Mora briefed the United States of the content of his talks.

The Iranians must first form a government, appoint a new foreign minister and then appoint the negotiating team for Vienna. Negotiations could resume in early September.

“The Iranians did not mention any change in their position. Their concerns remain those expressed by their negotiators. We’ll have to see, ”he said.

Mr Mora’s trip to Tehran was widely criticized following the Iran-accused attack on an oil tanker operated by an Israeli billionaire in the Arabian Sea.

“The EU has condemned this attack and a statement by Josep Borrell on behalf of the 27 EU members is under discussion,” said the senior official.

“The priority is the end of Iran’s nuclear activity. Once that problem is resolved, Iran’s other problems will be addressed, ”he added.

The new Iranian president said he was open to “any diplomatic plan” to lift the sanctions that are undermining his country’s economy, but warned that Iran would not give in to “pressures and sanctions”.

US President Joe Biden said he was ready to revert to the 2015 agreement designed to prevent Tehran from acquiring the atomic bomb that his predecessor Donald Trump (2017-2021) dropped from the United States, on condition that the Iran again respects the restrictions on its nuclear program.

To save this text, Washington must lift sanctions against Iran that were suspended in 2015 but re-enacted during the Trump era.