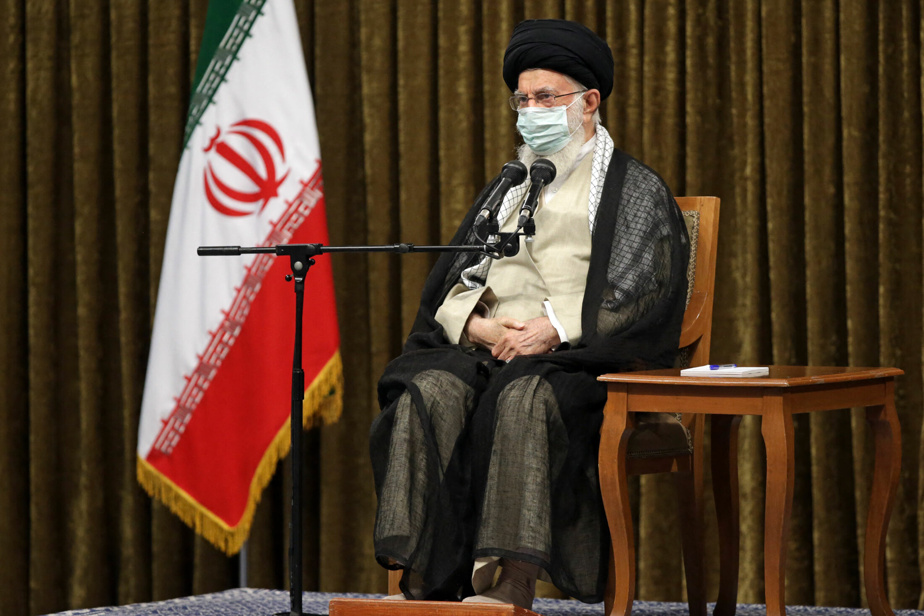 (Tehran) Iranian Supreme Leader Ali Khamenei accused US President Joe Biden on Saturday of making “the same” demands on Tehran as his predecessor Donald Trump on the Iranian nuclear issue.

Ayatollah Khamenei made these remarks while Westerners, Russians and Chinese have been waiting since the end of June for a sign of Tehran’s willingness to resume the talks that began in Vienna in April on the rescue of the Iranian international nuclear deal of 2015, which was torpedoed three years earlier, Mr Trump .

“The current US administration is no different from the previous one because what it is asking of Iran on the nuclear issue is, in other words, what Trump has been asking,” said Khamenei in a speech posted on its official website.

“When it comes to the nuclear issue, the Americans are really not ashamed: Although they have withdrawn (from the Vienna Agreement) in public, they are now talking and demanding as if it were the Islamic Republic that has withdrawn from this pact,” he said added.

The Iranian number one made the remarks during a meeting with the new Iranian government of President Ebrahim Raïssi.

Mr Raïssi succeeded moderate Hassan Rouhani – chief architect on the Iranian side of the 2015 agreement – in early August after winning the June 18 election, which was marked by record abstention and the lack of real competitors.

People’s trust is “the greatest good” a government has, but it is “unfortunately somewhat damaged” and “you have to restore it,” said Ayatollah Khamenei to Raisi and his ministers.

In return for its commitment to never acquire nuclear weapons, the 2015 Vienna agreement offers Iran relief from Western and UN sanctions and a drastic reduction in its nuclear program, which is under strict UN control.

But it threatens to shatter since Trump unilaterally withdrew the United States in 2018 before reinstating the US sanctions on Iran that lifted the deal.

In response, as of the following year, Iran gradually abandoned most of the safeguards for its nuclear activities that it had accepted in the agreement.

Mr Biden says he wants to get Washington back on the lap and talks that opened in April aim to make that reinstatement possible.

The last meeting was at the end of June when representatives of the Iranian government left Mr Rouhani.

COVID-19 | Half of the EU population fully vaccinated