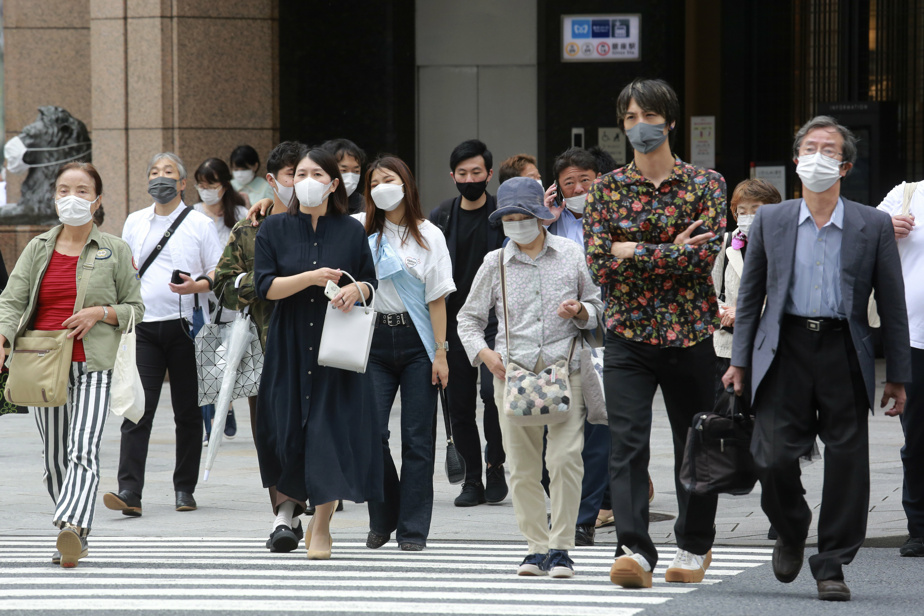 (Tokyo) The Japanese government prepared on Tuesday to extend the state of emergency in one part of the country since July in view of the resurgence of the coronavirus pandemic and to extend it to other departments.

COVID-19 infections “are spreading at an unprecedented rate in Japan,” said Yasutoshi Nishimura, the minister responsible for coordinating the management of the health crisis, on Tuesday morning.

“The number of patients in serious condition is increasing every day,” he added at a meeting with health professionals.

The country has been experiencing a fifth, worst to date coronavirus wave since the end of June, particularly under the influence of the more contagious Delta variant. The daily cases of COVID-19 continue to rise and crossed the 20,000 mark nationwide for the first time on Friday and Saturday.

Also in Tokyo, cases hit a record high on Friday, where they quadrupled in three weeks, and the organizers of the Paralympic Games (August 24, September 5) announced on Monday that the event would take place behind closed doors.

The state of emergency restored in mid-July in part of the country, including its capital, ahead of the Tokyo Olympics, which took place behind closed doors from July 23 to August 8, must be up to the 12th of the 47 Japanese divisions.

But the measure that allows local authorities to urge the population to avoid unnecessary travel and to ask bars and restaurants to close at 8 p.m. and not serve alcohol is becoming less and less respected and more and more criticized for its ineffectiveness.

The government is also planning to require shopping malls and department stores over 1,000 square meters to limit the number of people staying at the same time.

Sixteen other Japanese departments will also be placed under a different device that is less restrictive than the State of Emergency.

The country has so far been relatively spared the pandemic, with around 15,400 deaths recorded since the coronavirus appeared on its soil.

But vaccination started slowly, and currently only 37% of Japanese are fully vaccinated.

Haitian women at greater risk after the earthquake